Difference Between Alaskan and Siberian Huskies: Origin, Appearance and Temperament

Two different Huskies – Alaskan and Siberian, is there any real difference or are they basically the same dog? Which one will make a better pet? Let me answer these questions for you.

Siberian Husky is a purebred dog, one of the oldest breeds in the world, that was created for sled pulling in the far North of Russia. It’s largely recognized by all the Kennel clubs and can be a show dog. 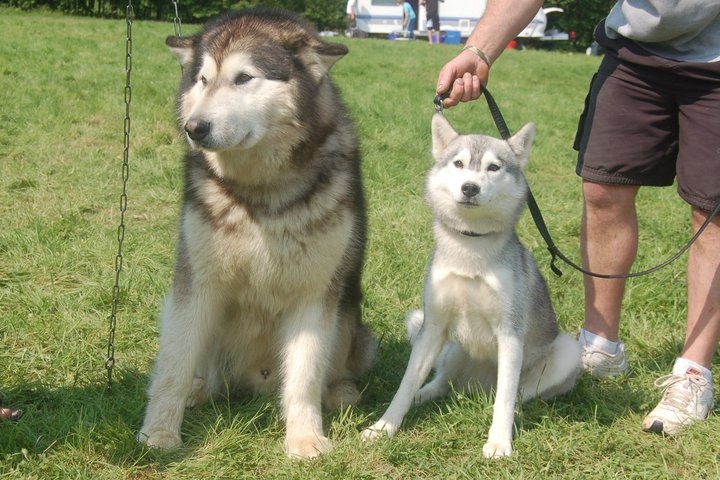 Alaskan Husky, strictly saying is not a real breed but a type of dog. It is a name for various dogs, bred for increasing of their working qualities, such as stamina, speed and power. They are usually descendants of several breeds, such as Siberian Huskies, Greyhounds and German Pointers.

Siberian Husky has an appearance standard, it has erect ears, brush tail and well flurried body. They have classic markings on the face and often beautiful blue eyes, coloring can be variable in combination of darker and lighter patches.

Alaskan Husky are usually a bit larger than Siberian Husky. As they are pretty much mutts, there’s no way to describe the coat color, it can be anything, there’re no breed standards. Unlike the Siberian Huskies, Alaskan Huskies normally have brown eyes. They cannot participate in shows. 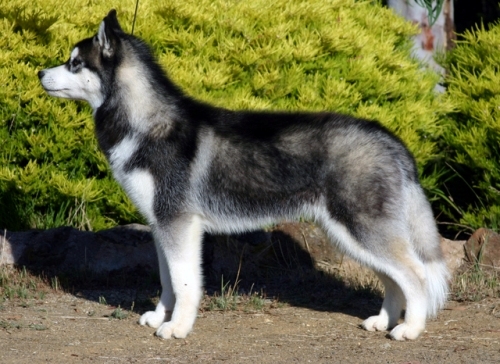 Both Siberian and Alaskan Huskies are intelligent, gentle, playful, easy going and docile. The difference lays mostly in the levers of energy. Siberian Husky is a known hyperactive breed, but the energy level of Alaskan Husky is even higher!

If Siberian Husky can make a good family pet if you walk it twice day and let it have some exercise daily, this will not be enough for Alaskan Husky.

People that Alaskan Husky will be good as a pet are the ones with an active lifestyle, ideally living or working in nature. This dog will be good for hikers, it will happily run with you or next to your bike, it enjoys activities such as skijoring or swimjoring. So if you need a friend and a buddy for your outdoor adventures – Alaskan Husky is your dog.

Both Huskies are relatively healthy breeds. The Siberian Husky has a slightly raised risk of developing hip or other joints problems. Alaskan Husky is predisposed to eye problems, lysosomal storage disease and hypothyroidism (a hormonal disorder).

Even if your breeder promises that the puppy comes from the healthiest parents in the world, you have to keep it on annual checkups. Don’t ignore minor health issues and you will not face the major ones.


8 Photos of the Difference Between Alaskan and Siberian Huskies: Origin, Appearance and Temperament

Written by Silvia Brown
Glad to see you my friends! I started this blog several years ago and continue to write articles about dogs. I'm dog lover and my purpose make their lives happier. One day I'll open animal shelter - it's my inspiring dream ✨
Best Diet for Siberian Huskies: Facts and Recommendations for a Balanced Diet
Siberian Husky and Poodle Mix: Appearance, Size and Temperament

Comment Box of Difference Between Alaskan and Siberian Huskies: Origin, Appearance and Temperament