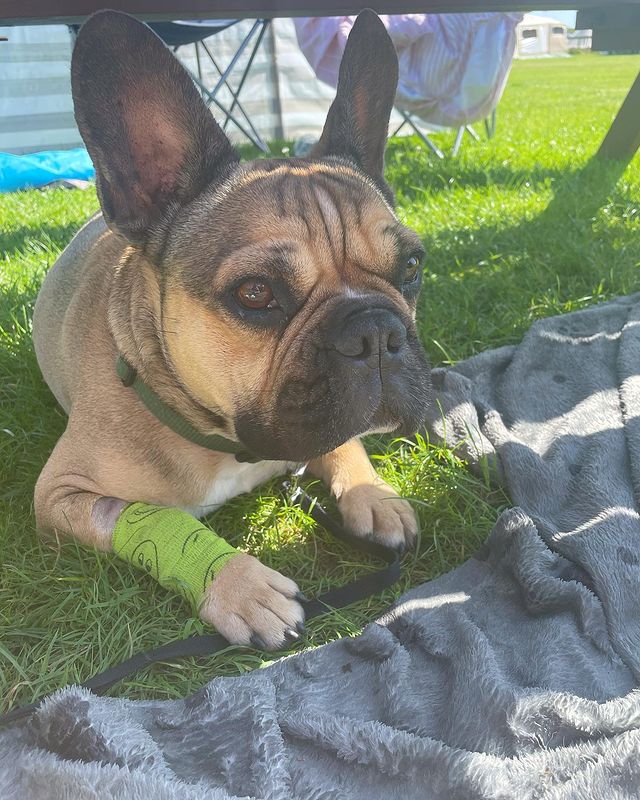 Canine rheumatoid arthritis is fairly uncommon in dogs, although it can affect small and Toy dog breeds. Different sources cite different ages as being the most common range that canine rheumatoid arthritis shows up. Giffin & Carlson suggest it is 4 years. PetEducation.com suggest between 5 and 6 years. Vet.UGA.edu suggests the most common range is between 2 and 6 years, though it can show up as early as 8 months, and as late as 8 years old. Given the age ranges, it can be said that this is not a type of arthritis that usually affects old dogs, unlike osteoarthritis.

Dogs with rheumatoid arthritis will usually experience other symptoms like fever, loss of appetite, and lymphadenopathy, in addition to joint symptoms. The joint symptoms are:

Cause Of Rheumatoid Arthritis In Dogs

This appears to come from the fact that antibodies to canine distemper virus have been found in the synovial fluid of affected joints in dogs with rheumatoid arthritis. These antibodies were not found in dogs with infectious arthritis, osteoarthritis, or arthritis associated with the rupture of the cranial cruciate ligament. It has been put forward that rheumatoid arthritis may be associated with a response of the immune system to the presence of the canine distemper virus in the affected joints. It has also been said that the significance of these findings is not truly known, that we do not know whether the antibodies are a result of a natural infection or from a vaccine.

You can read more about this process here and here.

As there is no cure for canine rheumatoid arthritis, treatment is aimed at slowing the progression of the disease, and making dogs more comfortable by managing pain and inflammation. The outcome is better for dogs diagnosed early, as rheumatoid arthritis can result in irreversible damage to the joints. Unfortunately, this type of arthritis is not always responsive to drugs.

Vets generally prescribe immune-suppressing drugs like low dose chemotherapy agents, and anti-inflammatory drugs. Corticosteroids can also be given, though these do have side effects long term. A common immunosuppressive drug given to dogs is azathioprine. It tends to be preferred over cyclophosphamide due to the side effects of the latter. Of course, with any therapy that suppresses the dog’s immune system, opportunistic infections are a potential problem.

Given that dogs carrying excess weight will make fragile joints worse, weight management is an important aspect of ensuring a dog with arthritis continues to be comfortable. This may mean feeding him special, calorie-controlled dog food, as well as limiting treats. Light exercise, such as swimming, is also helpful for dogs with arthritis. Some owners also gently massage their dog’s joints on a regular basis.

Beagle Mixed With A Pug