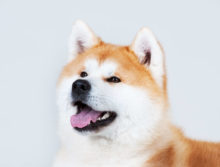 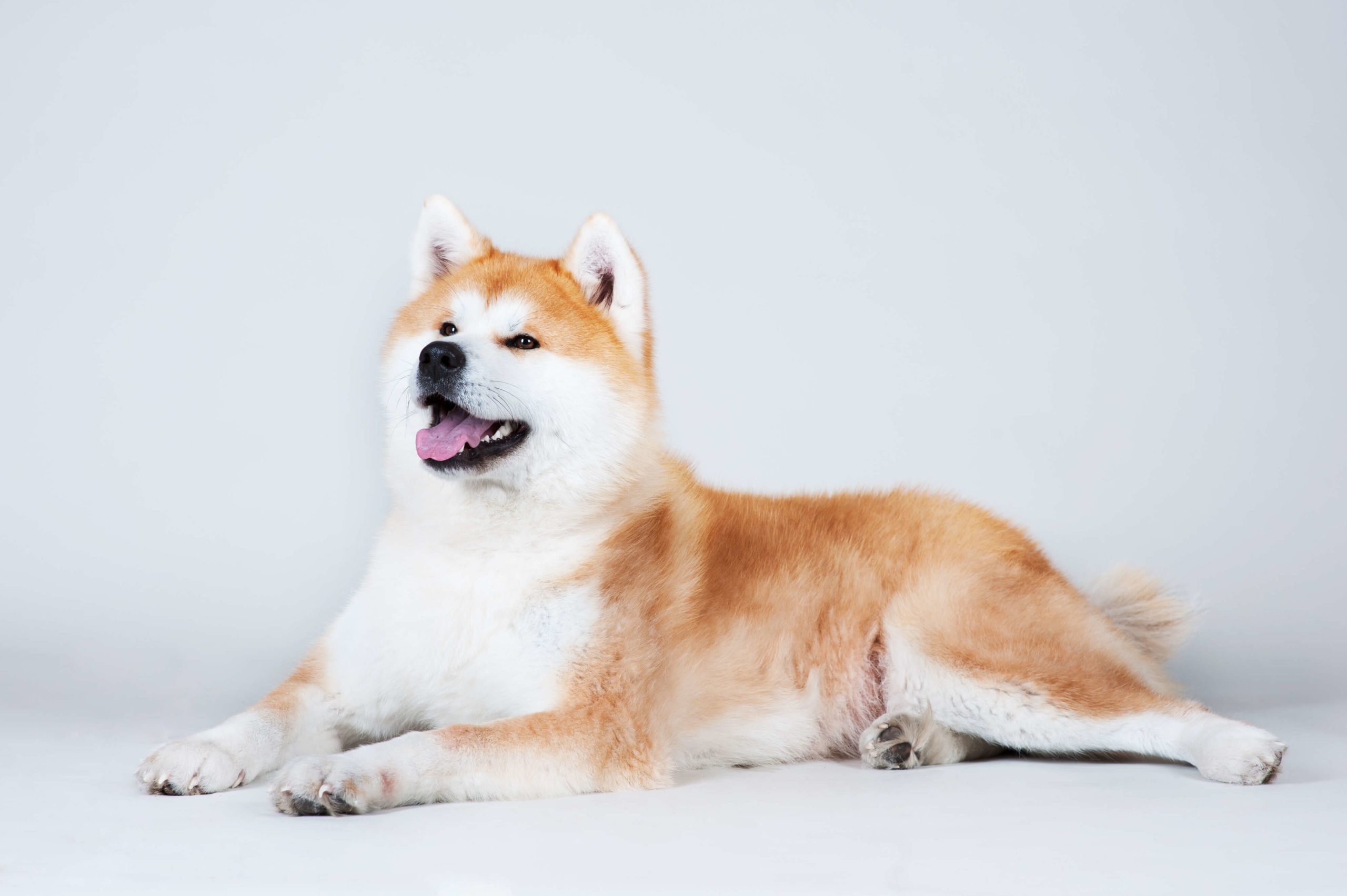 There are 1 pros and 6 cons of owning Akita.

History of the Akita Inu breed

According to information from ancient historical sources in Japan, the ancestor of modern representatives of the breed is the Matagi Inu (Matagi is an ethnic group of hunters, Inu is "dog"). Akita prefecture on the island of Honshu is considered the region of origin of Akita Inu. Matagi-inu and her ancestors served people as irreplaceable assistants in hunting, allowing them to hunt even very large or dexterous animals: Japanese macaques, bears, wild boars.

In the XII-XIII centuries, a new popular entertainment appeared in Japan - dog fighting. It became a cruel selection for these dogs, leaving only the strongest, evil and hardiest. In the 19th century, a wave of industrialization swept across the country, many residents moved, the number of crimes increased. Because of this, the Matagi Inu were retrained to guard property. At the same time, bullmastiffs and mastiffs, Great Danes were brought from Europe to Japan, reviving the tradition of dog fighting. Increasingly, the Akita was crossed with these dogs in order to get more aggressive and larger dogs.

This caused the concern of Japanese dog breeders, because the breed began to lose its features, so in 1931 Akita Inu were transferred to the status of a natural monument at the state level. Breeders actively engaged in the revival of the breed, selecting only its best representatives for breeding. In 1934, the first official standard was introduced, but over time it had to be adjusted. Around the same time, the breed received its modern name, and in 1967 a thematic museum was opened.

Akita Inu suffered serious damage during the Second World War - these dogs almost disappeared. They suffered from hunger, became victims of barely surviving people, their skins were used for clothing. At the end of the war, a government decree was issued to exterminate all dogs unsuitable for military use, since a real rabies epidemic began in Japan. For this reason, breeders hid some of the breed in remote settlements, breeding them from the Matagi Inu. Also, amateurs bred hybrid generations of Akita with a German shepherd to adapt them for military service.

After the war, a new round of restoration of the Akita Inu breed began, the greatest contribution to which was made by Morie Savataishi - it is thanks to him that these unique dogs have survived to this day. Purebred individuals had to be collected throughout the country, but this bore fruit. The American military liked the charming and proud Akita, so the breed was brought to the United States.

The appearance of the Akita. Weight, height

The American Akita is a huge dog. People actually compare him to a grizzly bear due to his size and looks. The American Akita’s weight is between 75-130 lbs (34-59 kg) for males and between 70-110 lbs (32–50 kg) for females.  His height will range from 26-28 inches (66-71 cm) for males, and 24-26 inches (61-66 cm) for females. (According to the FCI). The coat is of medium length, with a developed, dense and soft undercoat. Often these dogs are compared to cats: their coat looks impeccable and there is no specific dog smell at all. The musculature is very developed and requires regular training.

Unlike the Japanese Akita, the American Akita comes with a bigger color variations such as:

Dogs of this breed have impeccable manners, which makes them wonderful family members. Patient and affectionate towards children. Very loyal to the owner. But, despite their loyalty and dedication, Akita Inu have a strong character and willpower, so training such dogs is not easy and needs to start at an early age of seven to eight weeks. This breed is best suited for experienced dog breeders, as an ordinary person may not cope with her temper and harm the dog.

Barking? Not going to happen with an Akita Inu

Who doesn’t hate hearing his dog barking in the middle of the night for no reason? The Akita, however, almost never bark. They rather have the “Strong and silent” personality. The only times an Akita will bark are when he really needs to. So, unless an intruder break into your house, prepare for a bark – free life and enjoy sleeping!

You should really keep him on a leash

If you always dreamed about a dog you could run free with in a park; Watching him playing with other dogs and fetching sticks, then maybe the Akita isn’t the perfect dog for you. You should never let your Akita Inu roam free around the neighborhood.

Make sure you don’t have any small pets at home

Due to his hunting instincts, the Akita tend to conceive small animals as prey. He will not show any sign of aggression, he won’t show his teeth or send any warning signal as well. He will attack. And not just attack to show dominance or who’s boss. He will go for the kill. However, Not all Akitas are extremely aggressive. If trained correctly, the Akita Inu can be a friendly dog to all animals.

Overall, the Akita Inu is a majestic creature. But with that being said, it’s not perfect. Consider the following before buying one:

After reading this article, if you are sure that an Akita Inu is the ideal dog for you, read next section about How to Choose an Ideal Akita Inu Puppy.

You can buy a puppy of this beautiful breed from breeders or in a specialized kennel, since only in this case you are guaranteed to get not only a beautiful dog, but also a friend with good genetics.

How to choose an Akita puppy?

When choosing a puppy, you should pay attention to the following:

Akita Inu care does not require much effort. It can be kept both indoors and outdoors. You should not bathe your dog often, once or twice a year is usually enough. It is recommended to comb out wool a couple of times a week to reduce the amount of wool in the house. The main thing for this dog is daily walks.

Akita Inu are robust animals with good health. They live on average about 12 years. However, they are still predisposed to a number of hereditary diseases. Among the problems with the musculoskeletal system, hip dysplasia is quite common. To detect pathology in the early stages, at the age of 6 months, it is worth showing the dog to an orthopedist.

Gastric dilatation volvulus (GDV) - a life-threatening situation associated with the structural features of the ligamentous apparatus of the stomach. It is important to remember that you cannot walk with these dogs immediately after eating, so any feeding should be carried out after the next walk.

Also common among this breed are eye diseases: eyelid volvulus, progressive retinal atrophy, glaucoma, cataracts. Therefore, the condition of the dog's eyes should be monitored regularly.

Questions and answers about Akita dog

Is Akita good with kids?

No, Akita's typical characteristics indicate that this breed of dog is not good for kids and doesn't make it a family pet. You mustn't leave the kid and dog alone!

What is the life expectancy of a Akita?

The average life expectancy of a Akita is between 10 - 14 years.

How many dogs are born in a Akita litter?

If your Akita is pregnant, it is safe to assume that litter can have anywhere from 3 to 12 puppies.

Akita Prices: How much do they cost?

If you purchase Akita from a breeder it can be much more expensive than a shelter. A purebred Akita costs between US$ 800 and US$ 1200 from reputable breeder, but there are several advantages to doing so. First, a breeder will usually allow you to meet the parents to get a good idea about what the puppy will look like and behave. You will also see if the parents have any health problems. Breeders will also supply you with paperwork that documents your pet’s lineage.

Created by Silvia Brown and 1001doggy team
Glad to see you guys. Our team designed this online service for people who going to choose the name of their dog. We prepared an extensive list of names for your dogs/puppies. We hope it will help you and waiting for your feedback. Don't be shy to share your result and give us suggestions to improve this tool.
Copyright © All about dog breeds
×