Home » German Shepherd and Poodle Mix: The Temper and Behaviour of the Hybrid

German Shepherd and Poodle Mix: The Temper and Behaviour of the Hybrid 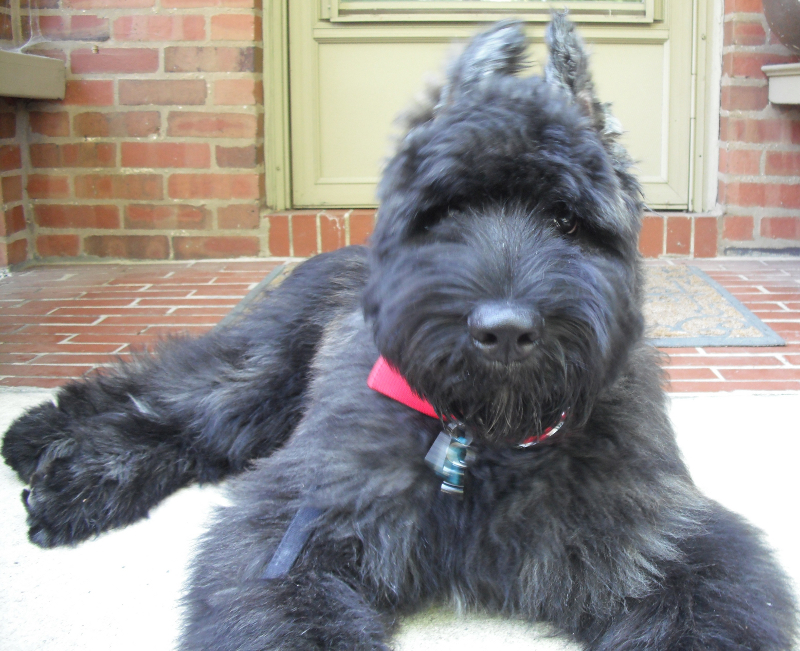 The Poodle was one of the first dogs used for intended crossbreeding, and it remains the most popular parent for designer dog breeds.

The German Shepherd – Poodle mix or Shepadoodle is also a product of the bold experiment. While Poodle Club of America disapproves of mating Poodles with other dogs, this mix can be surprisingly sympathetic, smart and cute. 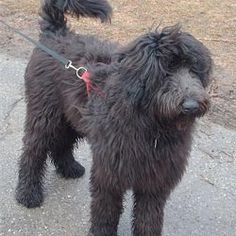 As usual, patent breeds genes may combine in a very unexpected way, so it’s almost impossible to predict the appearance of pups in the exact litter.

The case study shows that Shepadoodles often resemble Irish Wolfhound in mooze, color, and overall body build. But it at least 10 inches smaller and 40 pound lighter.

Thus, one who loves this Irish breed but couldn’t afford keeping them may be delighted with the Shepherd-Poodle metis. 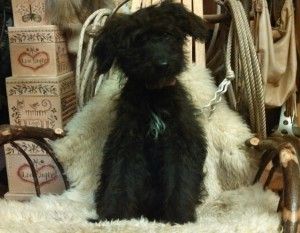 Good to Know: shepadoodles usually inherit Poodle’s fur structure, so there are no particularities in their coat care.

The testimonies indicate that all metis are lop-eared. The ears are thick as the shepherd’s ones, so we recommend to remain them uncropped. The mix dog fur often doesn’t cause allergy, which is the appealing feature of Poodle genes.

The Temper and Behaviour of the Hybrid

Both parent breeds are smart and often used as working dogs. As far as Shepherds and Poodles, the metis learns willingly and easy, and may be trained for such complex tasks as a blind guide or a sniffer dog.

Unlike shepherds, Shepadoodles are less aggressive to people beyond family and other animals, but still aware of strangers approaching the house in a suspicious way.

Thus, the metis won’t hurt mail carrier, but will seize someone coming through the window.

Warning! However easygoing the half-breed is, it needs proper and consistent training since 4th month of the life. Early socialization helps the dog to feel like a part of the human society rather than a wild animal surrounded by people.

Working dog breeds commonly require respect and willpower of the master, so they don’t get on well with children. Shepadoodles dispelled this stereotype and established the reputation of naughty, playful and reliable family companion.

Beside of training, the metis will remember your habits so that will never annoy you blocking the bathroom door or hiding slippers in the morning. Of course, you need to be kind and patient to raise up the dog in this way.

You can groom the mix dog like a Poodle: brush the fur daily, clean the ears and wash once a month at most. The eyes and nails also need care.

The former is the sore spot of the German Shepherd, so examine eyes regularly for reddening and secretion. A good diet is also a must.

Way of Living and Exercise

As a big and smart dog, Shepadoodle needs a lot of physical and mental exercise.

If you aren’t ready to visit dog playground regularly or run with the dog for more than 5 hours a day, the half-breed won’t feel itself comfortable in the apartment. But if you have at least own backyard, the dog will be entertained by itself.

10 Photos of the German Shepherd and Poodle Mix: The Temper and Behaviour of the Hybrid

Written by Noah Sanchez
Hi, there. I graduated Bergin College of Canine Studies I loved Animal Grooming there. So it's my passion and sometimes I write articles about dogs, and also love to train dogs. I have 2 amazing friends: German Shepherds
Boxer and German Shepherd Mix: Average Size and Weight, Body Proportions and Temperament
German Shepherd and Labrador Mix: Temperament, Activity and Training

Comment Box of German Shepherd and Poodle Mix: The Temper and Behaviour of the Hybrid