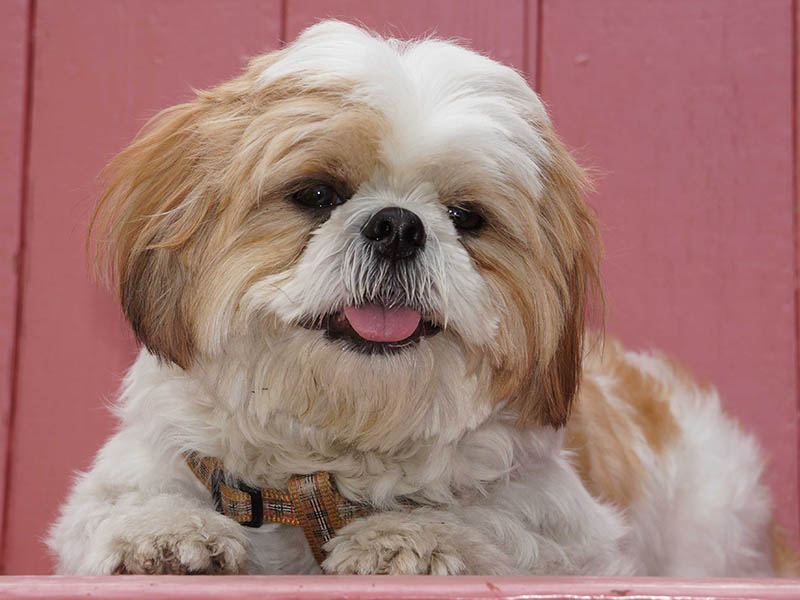 Shi Chi is a name given to the small designer crossbreed of two other small dogs – a Shih Tzu and a Chihuahua. A Shi Chi was bred in the United States by using heterosis (hybrid vigor) method, which is aimed at enhancing traits of two species in their offspring. This technique was supposed to make a Shi Chi less prone to diseases and prolong his lifespan in comparison with his parents. 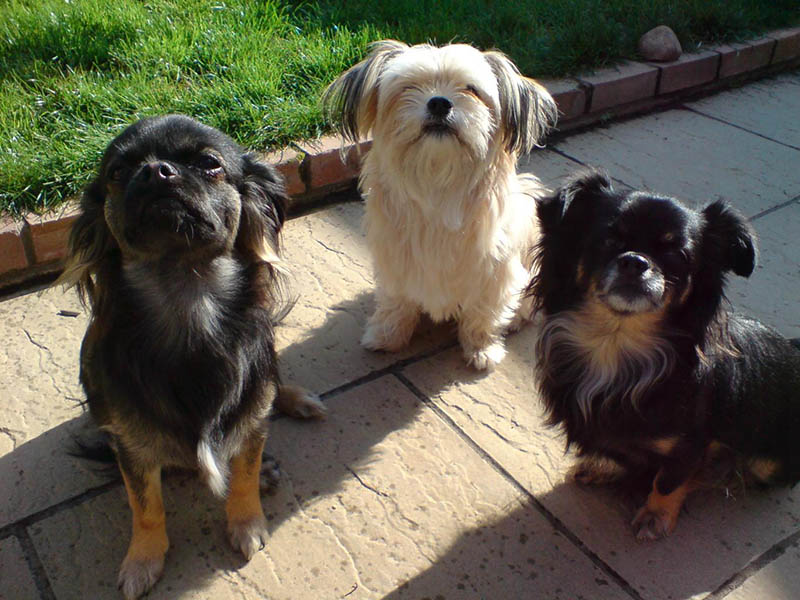 Thanks to his size, a Shi Chi can be easily accommodated in any urban flat, and thanks to his adorable look he can easily take up a lot of space in your heart. A full grown Shi Chi dog weights about 3-9 pounds, which is a little more than a Chihuahua and much less than a Shih Tzu. How big he is depends on whose “half” appeared stronger in each particular case. An average Shi Chi is white with markings and tan highlights. The length of his hair is defined by the genetic scramble too. A Shi Chi can inherit either a longer coat from a Shi Tzu or a shorter one from a Chihuahua, though usually it is quite long. Of course, any case requires different treatment. To understand how you should groom your puppy, just look at him and say if he looks more like a Shih Tzu or a Chihuahua and act accordingly.
Warning!
You should remember that even though a Shi Chi like a Terrier doesn’t shed much, because he is not hypoallergenic like other designer dogs. People with allergy would rather not get this one.

An average Shi Chi dog should be groomed regularly. Remove tangles and knots from his fur thoroughly to keep his skin healthy. If the coat is unclipped, brush the dog at least 3 times a week, preferably every day; if not you can do it rarer. Bath him at least once a month and each time after he gets dirty; always dry him after bath to prevent a cold he is susceptible to. Apart from washing and grooming, this dog demands your attention. Shower him with ample affection and he will make the funniest and cutest pet ever.

As it was mentioned above, this dog can be kept in a usual apartment, but attempts to train can make this apartment shiver. Being playful and inquisitive, a Shi Chi has a very short attention span. Kennel method or games involved in training mat turn out to be helpful, but it will be a struggle anyway. 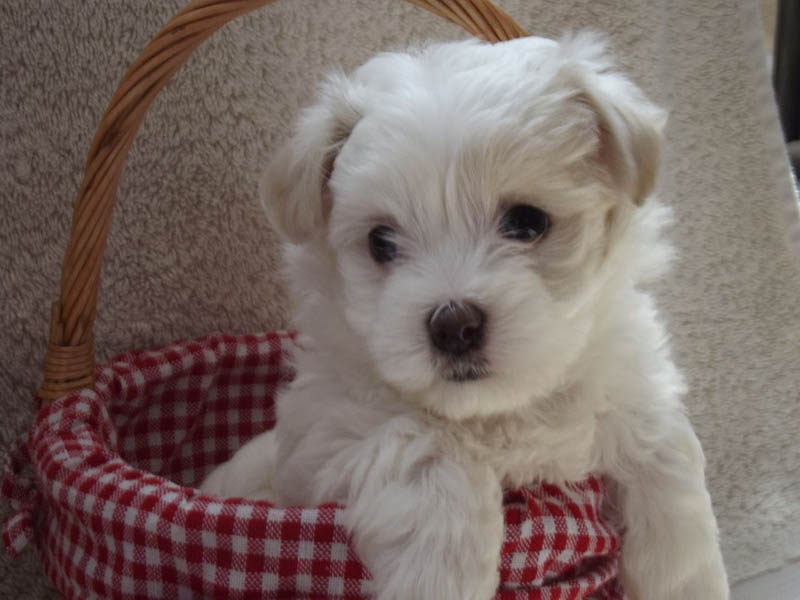 Needless to say that this is neither a watchdog nor a hound, you can hardly go hunting with Shi Chi or put him on guard. However, Shi Chi dogs are known for loyalty and devotion to their masters. They will unlikely bite an intruder, but they will yap him to death for sure since they are very suspicious to strangers. In fact, they bark very often and very shrilly, this is a trait gained from Chihuahua, so don’t expect a Shi Chi to keep quiet especially if he is irritated. Barking at other dogs is not an exception just like Pomeranian, Shi Chi may think bigger of himself than he actually is, so don’t let him challenge bigger dogs. In general, they have playful and explosive behavior. It means that any new treat or a toy will cause a burst of excitement. Being childish and gentle, they love children and children love them back. But be careful, even though Shi Chis are harmless for children, children can accidentally injure these fragile creatures. In fact, most of the sources describe these dogs as “affectionate”, “loveable” and “friendly”, which all make him a great companion.

This crossbreed may likely inherit predisposition to such ailments as obesity, hypoglycemia, eye problems and respiratory problems. The eyes are the weak link because both Chihuahua and Shih Tzu are susceptible to eye problems. Like Chihuahua, Shi Chi can hardly stand cold weather because of its small size, so when outdoors in cold seasons you should put some clothes on him or refrain from long distance walks at all.

We hope this information has let you figure out that Shi Chi makes a priceless pet for all family. This very moody, but loving and caring dog is hard to train, but easy to love.

6 Photos of the Shih Tzu Mixed with Chihuahua: Appearance, Lifespan and Temperament

Written by Silvia Brown
Glad to see you my friends! I started this blog several years ago and continue to write articles about dogs. I'm dog lover and my purpose make their lives happier. One day I'll open animal shelter - it's my inspiring dream ✨
Schnauzer and Shih Tzu Mix: Size, Lifespan and Temperament
How to Stop Shih Tzu from Barking – Tips of House Training