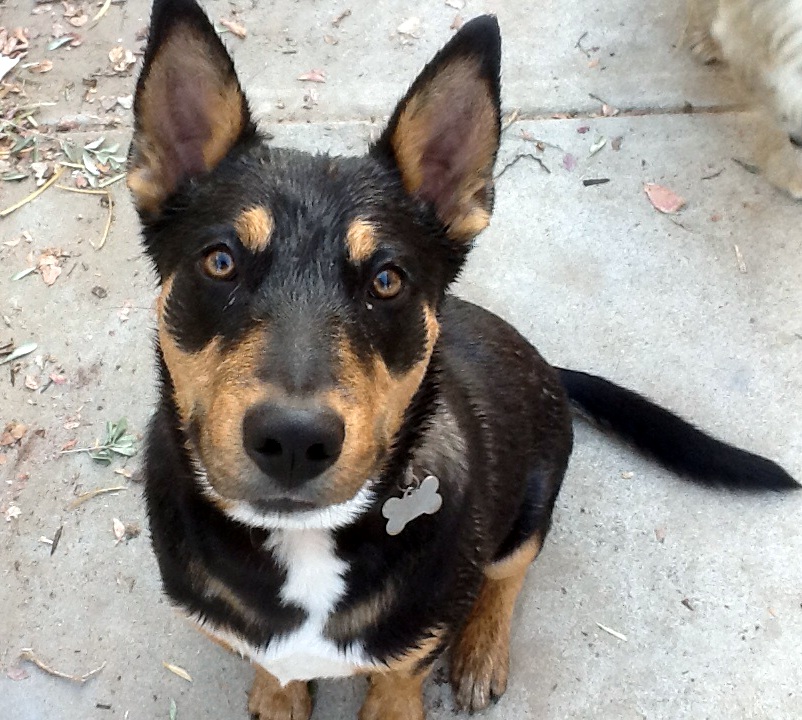 Nobody knows who bred this wonderful breed first. A lot of breeds are being breed and, although, at first, it became popular in the USA, it’s spread throughout the world lately.

Some breeders work responsibly; some just want to get more money. We will talk about great breed mix of German shepherd with Rottweiler. Let’s look at information about both breeds separately. 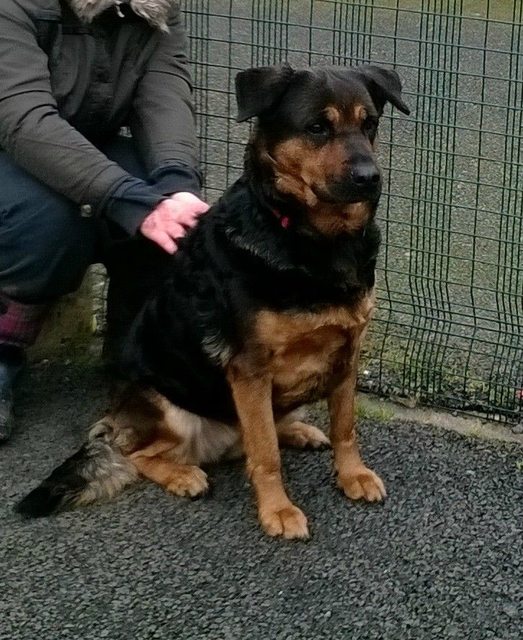 At the turn of XIX and XX centuries, man of arms, von Stephanitz decided to breed the perfect herding dog, which will be strong and smart. However, demand on herding dogs really decreased. So, he used his military connections to offer this breed to army and police, which is still shows itself from the good side. Now this breed is used in the different fields. It is smart and easy to train.

It’s good both with families and as a working dog. The main thing is to let it move. It needs attention, you shouldn’t leave it alone for a long time. It’s unfriendly to strangers, but loyal to its owners.

Let’s look at following facts about Rottweilers. Mastiff-type, brought by Romans to Germany to drive cattle. Six hundred years later bones of similar breed were found near the Rot Wil settlement. This breed was being used to drive cattle and protection of home. 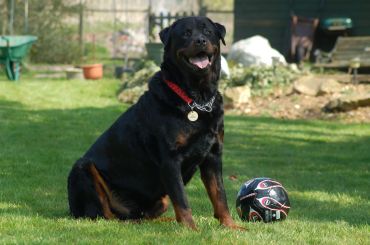 At the beginning of XX century breed was at the edge of extinction and only a fast reaction of a breeders saved it. Now it is used as a working and serving dog. It got to USA in 1920 and became very popular. Breeders was trying to earn a fast buck began actively breed it, although some people was concerned about health and temperament of dogs, so demand fell.

Now situation is a little different, many people enjoy the company of this breed. Rottweiler are calm and confident, brave, but not aggressive, if there’s no threat for the owners. Female specimens are easier to train.

Average Size and Other Characteristics

So, how big is it? Average size estimates from 35 to 52 kg, and it’s from 56 to 68 cm tall. They are strong, ready to serious physical activity and have a lot of different good characteristics.

Their hair is short and hard, color includes black, brown and light brown.

How Do You Train This Beauties?

Breeders recommend to give enough time for training. Pay attention to their stubbornness, but with a good approach you could overcome it.

At shedding season, you should clean it with brush, but, unlike German shepherd it sheds not so much. You should wash it at least once a week and clean its teeth three times a week, also you should cut its nails.

It is good with children, if it grows up with them, you shouldn’t leave it with small child one on one. You have to explain to children that they shouldn’t hurt or tease the dog.

What Can You Use it For?

It is great for guarding your home, it barks, but not a lot, although if German shepherd side is stronger, than it barks almost like it, often.

It feels good in a different, even marginal climates and needs to eat two cups of dog food each day, a cup for a meal. It could become fat, if you’ll feed it too much. If you want to get really good breed, don’t be a meanie and go to a good breeder. If the breed is bad, you could face problems with your dog’s health, from allergies to cancer.

Choosing this breed, you’ll get good companion for yourself and your kids. It has all the good qualities of German Shepherd and Rottweiler – loyalty, speed, ability to train and kindness to the owners.

10 Photos of the German Shepherd Mix with Rottweiler: Average Size, Temperament and Other Characteristics

Written by Noah Sanchez
Hi, there. I graduated Bergin College of Canine Studies I loved Animal Grooming there. So it's my passion and sometimes I write articles about dogs, and also love to train dogs. I have 2 amazing friends: German Shepherds
How to Сare for Newborn German Shepherd’s Puppies: Temperature Control and Feeding
6 Month Old German Shepherd: Average Size, Weight and Height Puppies

One Response to “German Shepherd Mix with Rottweiler: Average Size, Temperament and Other Characteristics”

What To Feed A Shih Tzu With Diarrhea