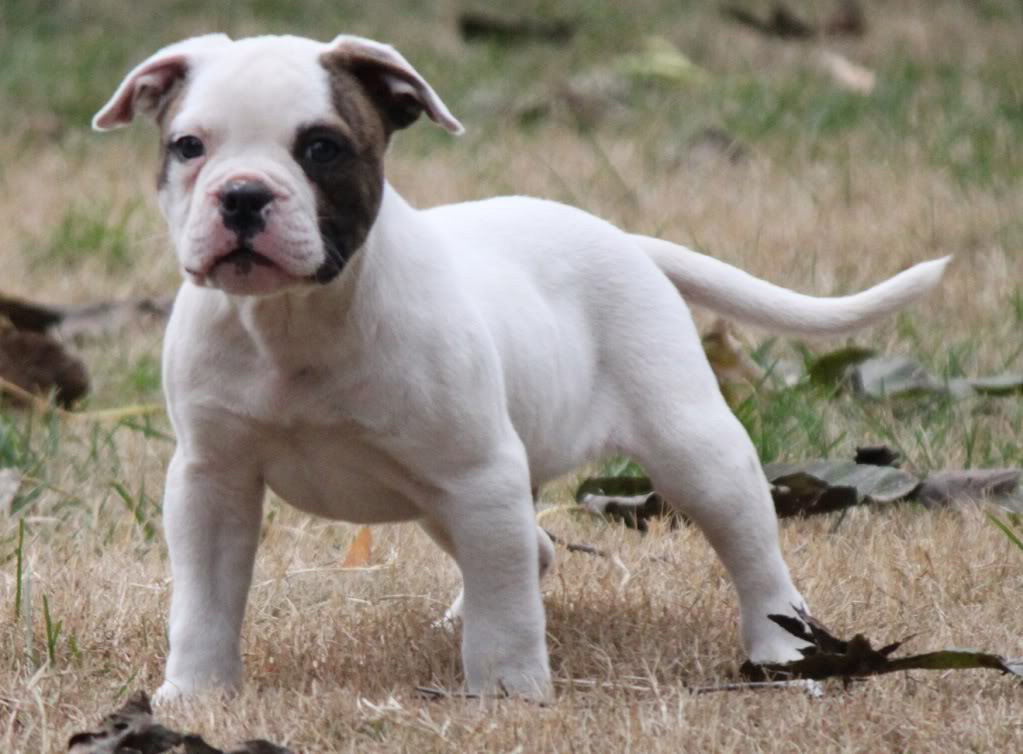 American bulldog is a breed of extremely muscular and powerful dog. They are known for this – and they may even look scary. But that’s actually not correct. In fact, American bulldogs are very loving and friendly dogs. Bulldogs won’t get angry at strangers, unless they want to especially do harm to the dog itself, or it’s owner. Dogs of this breed have a good understanding of ownership, and always try to help and defend the owner and their close ones. They can even be used as guard dogs. But they are often stubborn, which can affect the ease of training in a bad way.

Their stubborn temperament is mostly due to their high intelligence. If you ignore their stubbornness, they are great dogs in terms of training. 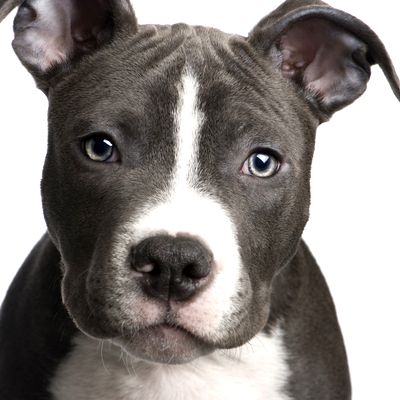 Bulldogs are quite small, but heavy for their size. They are strong, although it might not seem like it from a first glance. In addition, they are quite agile and fast. American bulldogs are good dogs overall, they will fit you everywhere, be it the home guard duty, or just a family dog.

Pitbull terriers are a more stronger and more aggressive version of bulldogs, although they are not connected. But they do resemble close features, even the looks.

These dogs are also medium sized, with seemingly strong legs and torso. They are pretty much as strong as bulldogs, but it varies from one dog and one type to another dog and type. They may be aggressive, but it really depends on how well they were respected in their puppy ages. They easily inherit angry behavior. With that said, they are kind to children and will take anything from them without getting too agitated. 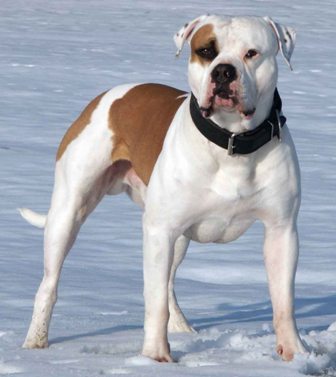 Pitbull terriers require good training in order to prevent them from becoming aggressive, and to control the aggression in general. While they may be very good dogs, owning them should be a heavy responsibility, not only for yourself, but for the others as well.

Bullypit is an unofficial name for the Bulldog-Pitbull mix. It inherits a tiny amount of aggression from the Pitbull, and generosity and friendliness of the Bulldog. Most other traits also appear in both the parent breeds.

Be cautious! Aggression can also be caused by bad breeding, as such it’s important to choose a good breeder.

Appearance is an obvious combination of both. While the dogs face and head are taken from a pitbull, the squareness of them is an obvious perk of the bulldog. Hair is also short, just like the bulldog’s and pitbull’s. The bullypit is as strong as both of it’s parents, and muscular structure can be easily seen.

Overall, bullypit is almost just like bulldog and pitbull. The only difference is aggression and friendliness, which are both opposite traits of the two dogs. The feeding, grooming etc. is the same, with differences being almost unnoticable.

Advice: bullypits are not your perfect dog mix, mostly there’s nothing really spectacular about them, epsecially when compared to the parent breeds. But it’s your choice – perhaps the bullypit will be your best friend.
Click to rate this post!
[Total: 0 Average: 0]

Written by Silvia Brown
Glad to see you my friends! I started this blog several years ago and continue to write articles about dogs. I'm dog lover and my purpose make their lives happier. One day I'll open animal shelter - it's my inspiring dream ✨
Dachshund Dental Care
Best Dachshund Shampoo