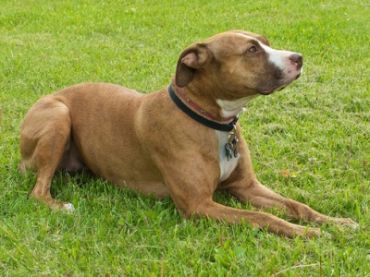 The American Staffordshire Terrier and Pitbull Terrier are often not distinguished, these species have considerable similarities.

They were bred with a single purpose — to participate in dog fights. The first was a pitbull Terrier, which appeared at the end of the 19th century. But already on the threshold of the 20th century were the staffords. The ancestors of the two breeds are shared, that’s why you can observe such similarities. 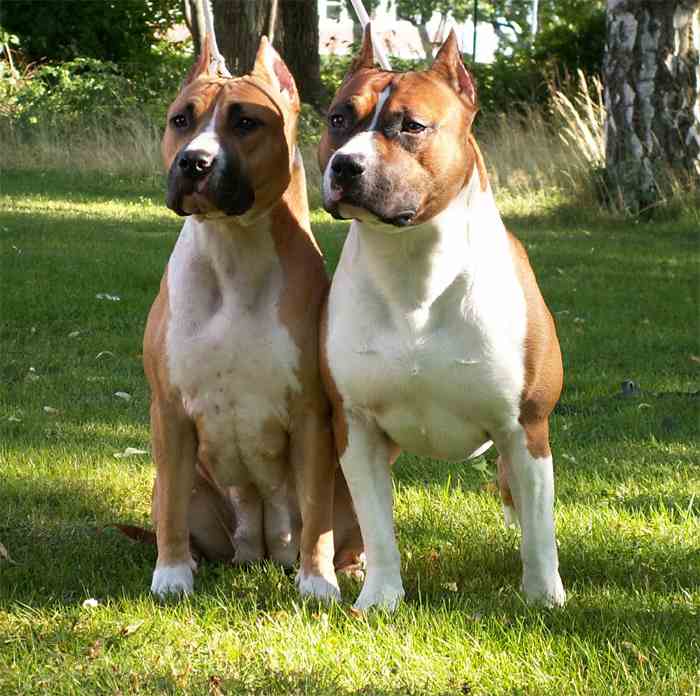 Over time the breeds as well as their appointment were subject to change. Who of them is a more worthy representative of the kind?

There are considerable similarities in the specific character, these breeds endure pain, and react aggressively to other dogs. But experienced experts argue that differences in the nature of them are very tangible, because a pit bull is a breed more violent.

Terrier has a lower combat performance and often loses in a fight with a pitbull, although the Stafford has a figure stronger and more powerful. 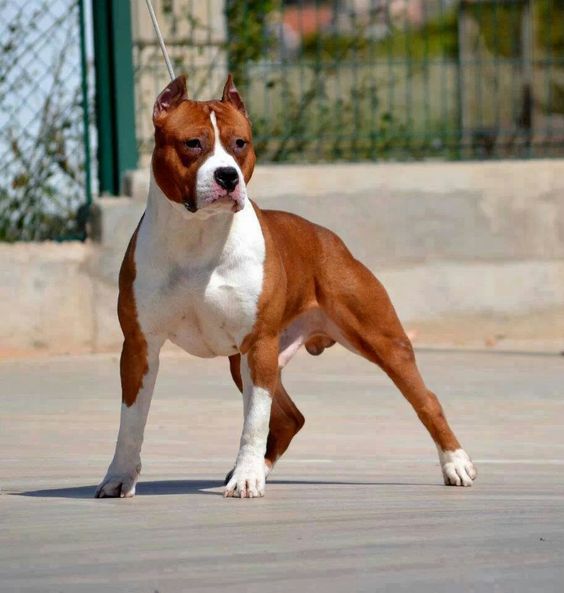 Dogs of both breeds are often called brutal killers, especially through the media, which are teeming with numerous stories about attacks on the children, adults and other animals with serious consequences. In their blood they do have aggression and ruthlessness, because they belong to the fighting class. But it should be noted that the level of danger and aggression of the animal largely depends on the education masters.

Caution! Not every owner of a fighting breed dog responsibly realizes that his pet is a so called weapon, which can be dangerous to the outside world in case of wrong care and education. Aggression for no apparent reason occurs when a dog is not trained or severely punished with brute force.

Proper education, training and exercise will make this dog an indispensable protector and a loyal friend.

Fighters really don’t like large spaces where they feel uncomfortable. It is not recommended to keep them on the chain. It can give great impetus to the development of aggressive traits. The owners must demonstrate their superiority but not beyond.

Advise: ideal for living conditions is a common private house or a city apartment.

Both a Pitbull and a Staffordshire Terrier are the breeds very sociable and love spending time with their owners. In children such a dog as a pet always causes a mad delight.

Pitbulls are trainable, but it is best to contact with an experienced dog handler who will help to avoid serious mistakes. Because excessive coercion in the study of commands will oppress the dog and may cause aggressive behavior towards the owner.

American Staffordshire Terrier is not so cruel, but in case of such errors it can also become angry or feel like a leader of a family. This is manifested in the deterioration of furniture, spoiling the room. The dog will refuse a muzzle as well as the execution of the studied commands.

Attention! Adult dogs need assistance from the owners in complying with the rules of personal hygiene. They bathe once a month. Each day, the wool should be cleaned with a special brush, and daily walks should be at least 2 times a day and take sufficient time for the animal.

The fact that at 1 time the dog is not able to fully defecate.

If a Pitbull regularly engages with you and is trainable, it becomes more obedient on walks. But nevertheless it is able to attack another dog in certain circumstances. If you walk with it in a public place, wear a muzzle and hold on a short leash.

A Staffordshire Terrier is from infancy accustomed to communicate with more peaceful dogs and will behave less aggressive. Even if there is a fight, it will not be so tough like with a Pitbull. Its actions are more likely to be associated with defense and protection.

Therefore, choosing a dog, clearly define the goal. For service and safety it is better to choose a Pitbull Terrier, which is much better to cope with the tasks.

Stafford Terrier is prized no less highly, and requirements for living and training of these dogs are more than compensated by the emergence of a true friend who will never betray!

10 Photos of the American staffordshire terrier vs pitbull

Written by Silvia Brown
Glad to see you my friends! I started this blog several years ago and continue to write articles about dogs. I'm dog lover and my purpose make their lives happier. One day I'll open animal shelter - it's my inspiring dream ✨
The Best Dog GPS Collar
Dog Joint Problems