Home » Huskies Wolf mix: Appearance and Character of the Breed

Huskies Wolf mix: Appearance and Character of the Breed 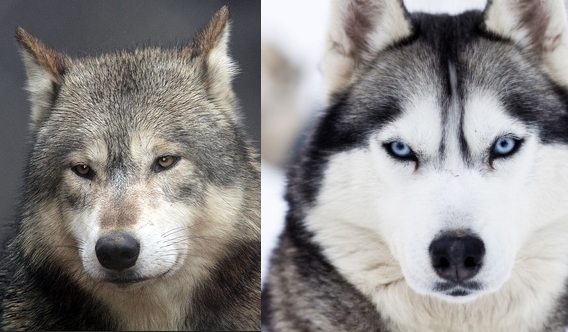 Half Wolf Half Husky

Husky is now so popular that many people can recognize its representatives even in the street. Half made of wolves but in spite of their scare look, they are good companions and devoted friends for people.

Character of the Breed

Siberian Huskies are quiet and friendly. Dogs quite active and usually on the move. However, the dog is unsuitable for hunting as the instinct is strong, but dog hunts for himself and does not bring a prey. 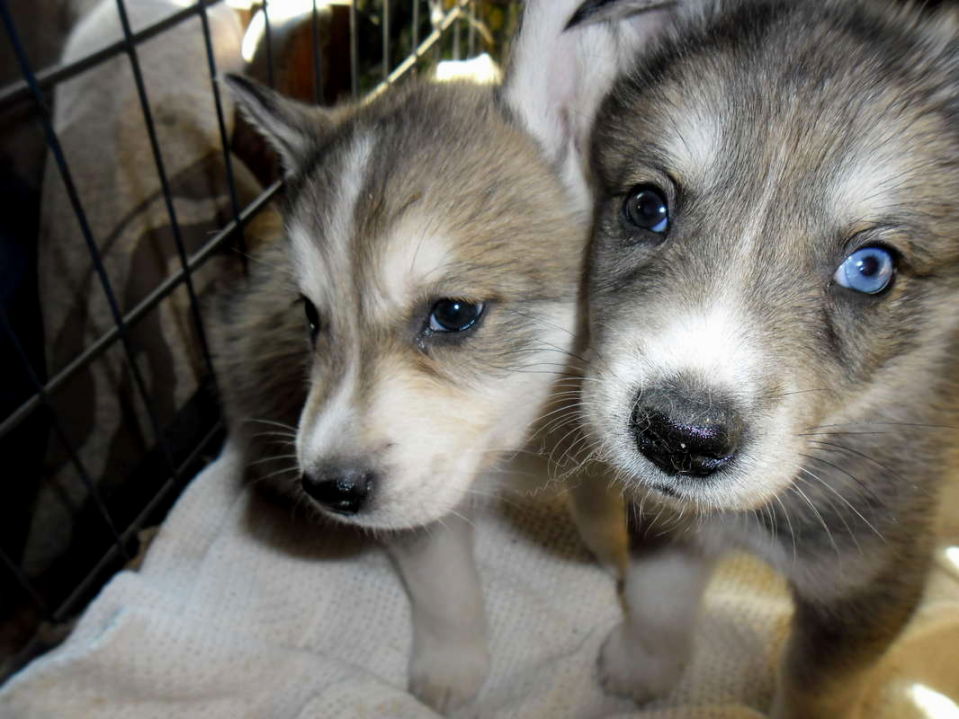 However, it does not exclude the use of Husky as a gun dog. The protection instinct is minimized, therefore, use of Husky as a guard dog often useless, and as normally, they have no aggression towards humans. However, sometimes Husky may appear protective qualities. It all depends on its genetics, living conditions and its socialization.

Siberian husky is overly independent and poorly suited to the role of service. Husky thinks outside the box and the dog often makes decisions on its own and does not think of a template as required during training. Attempts to unlock Husky’s aggression against a person often ends up in violation of the dog psyche.

Chukchi tribes in Siberia bred the Huskies in order to pull sleds over long distances. Despite the fact that the breed developed thousands of years ago, they have little difference from wolves. 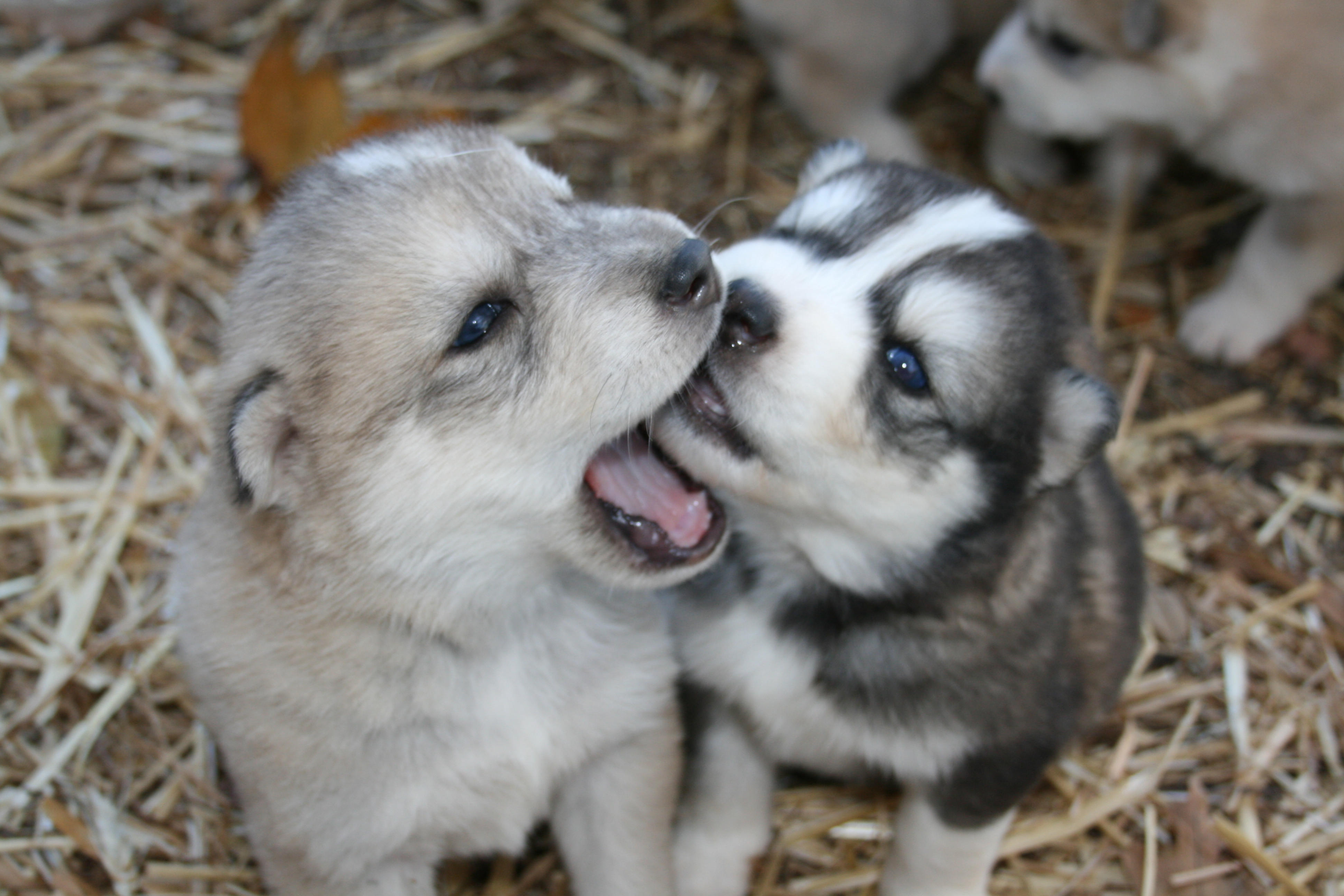 They have a thick undercoat like wolves, bushy tail and erect ears. However, Siberian Huskies are smaller than most wolves. Its weight is 25 kg and their life durance can be 12 years or more.

Representatives of the Siberian Husky can be divided into 3 groups – working, racing and for exhibition (show).

The rarest type is working ones or in other words dog’s version of a workhorse. They can carry small loads quickly over long distances. However, today people do not use huskies as husky as a working animal.

Racing Husky are dogs for sport. The speed that they develop is much higher than of typical horse speed. It widespread that these dogs are unruly and disobedient, but this is just a myth. These dogs live peacefully in the city and represent in exhibition. A common feature of all Husky racing is short fur.

Huskies for exhibition (show) is a dog, whose work is to show in the ring. The successful show dog is a talented actor. Show dogs are very different in the exterior, but it depends on the nursery. There are two main Husky subgroups of this type: American and European. US one is harder and stronger (this is a feature of American Handling and its influence on the development of the breed). European dogs are lighter and sleeker.

Note! A common feature of all Husky exhibition dogs is a shortened muzzle, which gives the dog a pretty appearance.

Although there are many types of the breed, the most popular one is racing Huskies. Moreover, as driving Sports is not standing constant Siberian Husky athletes’ speed was not enough. Holders began to look for a way of creating the breed that would maintain the dignity of the Siberian husky and show much greater speed.

Therefore, they mix the best specimens of native breeds of sled, pointers and hounds dog breeds and the Siberian Husky. These dogs were suitable only for use in riding sports and surpassed Siberian Husky on racing performance. Today, they are referred to a separate “breed” – Alaskan Husky (not to be confused with the Alaskan Malamute), but this breed is not standardized and recognized by the FCI and RKF, because it is extremely diverse type of dog.

Husky often have behavioral problems. Although they are not large, they need many physical exercises. Therefore, the owners who cannot provide those conditions usually suffer from their dogs’ digging holes in the yard, breaking fences and disobedience. Dog looks like a wolf and behaves the same way.

10 Photos of the Huskies Wolf mix: Appearance and Character of the Breed

Written by Silvia Brown
Glad to see you my friends! I started this blog several years ago and continue to write articles about dogs. I'm dog lover and my purpose make their lives happier. One day I'll open animal shelter - it's my inspiring dream ✨
Beagle Leg Problems: Limping, Broken Leg, Damaged Nail and Others
6 Week Old German Shepherd: Size and Weight, Bite Inhibition

Comment Box of Huskies Wolf mix: Appearance and Character of the Breed