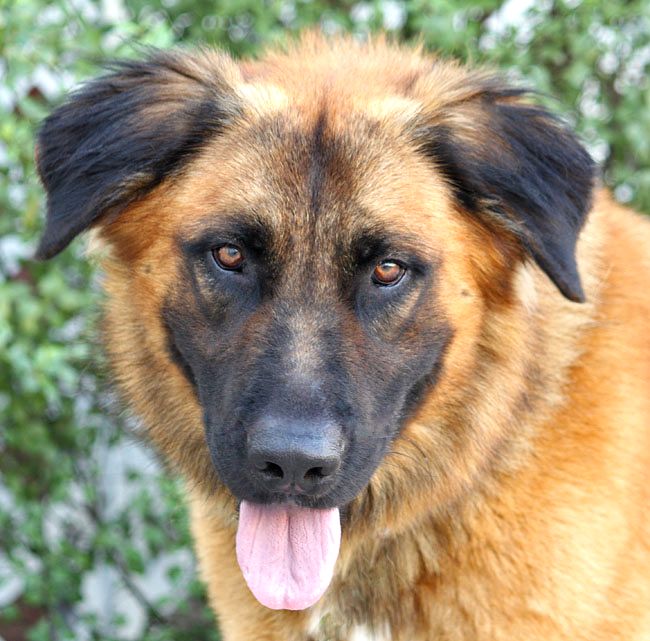 Although many specialists recommend starting keeping only pure-bred dogs, a lot of owners tend to experiment and mix several breeds in one puppy.

In this article we are going to talk about German shepherd and golden retriever mix. But firstly let’s have a good look at some general moments. The Advantages of Half-Bred Dogs

If you have decided to take a mongrel dog, you should know that your pet will have the following strong points:

Some Drawbacks of Such Mixes

Very often when you buy a small puppy it is very hard to predict the appearance of the mature dog, especially how it will change with time and what colours it will have. It is even harder to say what traits of character your pet will possess.

Remember! Every puppy can be trained and can become a decent dog. So, if your puppy begins to behave in a bad way, just try to teach it that its behaviour is wrong.

Later, if you use proper attitude, you will make a faithful friend out of your dog. As for the look of your dog, it will not matter in future when your pet grows up and becomes your friend. 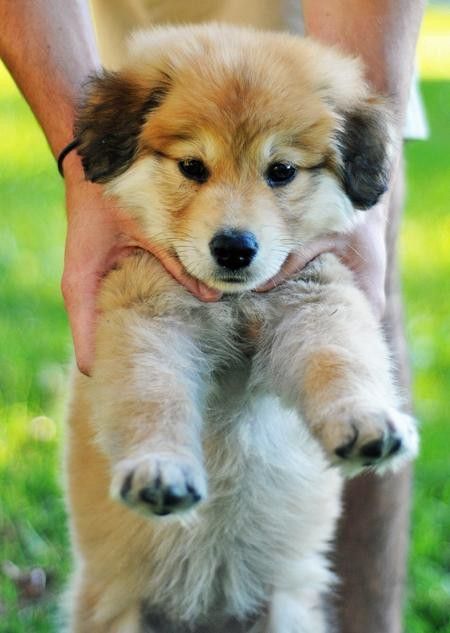 Main Features of a German Shepherd

This dog is a working dog that does not think a lot, but obey the owner’s commands. Any stranger is a potential enemy for a German shepherd.

That is why it usually gets used to its owner and ignores the others. It perfectly gets along with children. Also it has an ability to guard property, persons and other objects. German shepherds are very active and can be easily trained.

Peculiarities of a Golden Retriever

This is a hunting breed that was selected for fowling. These dogs are very playful and excitable. Normally, they do not consider people or other dogs as a source of danger. It can and loves swimming; also it is able to discover the surroundings during a walk.

Golden retrievers have a so-called “soft mouth” that cannot damage the caught fish. That is why its mouth also cannot hurt people when they are playing with dogs. You can have some difficulties with schooling these dogs because they are sometimes too active and full of initiative.

Both breeds have a lot of things in common:

Attention! Although both breeds show no particular aggression towards unknown dogs, they like barking loudly and for a long time.

The Result of Mixing

So, if you mix two breeds mentioned above, you will definitely get a puppy with a good character. It will be friendly with you and others and will not show any sign of aggression towards others.

The appearance of this dog, on the contrary, is very unpredictable. It would be smaller than a German shepherd and a bit bigger than a golden retriever. Perhaps it would have neither long nor short hair of different colours.

Remember! that all is individual for each puppy and do not expect much of the original breeds.

You will Never Regret Getting a Mongrel

Breeders underestimate half-breed dogs very often. However, now you know that they are not so bad. On the contrary, these dogs have a lot of advantages that would serve you for the good.

Do not hesitate and take this charming puppy right now.

9 Photos of the German Shepherd and Golden Retriever mix: The Advantages of Half-Bred Dogs and Common Features of Two Breeds

Written by Noah Sanchez
Hi, there. I graduated Bergin College of Canine Studies I loved Animal Grooming there. So it's my passion and sometimes I write articles about dogs, and also love to train dogs. I have 2 amazing friends: German Shepherds
Great Pyrenees and Husky mix: The Common and Different Traits of Pyr/Husky
4 Months Old Beagle Puppy: Feeding, Health and Care

Comment Box of German Shepherd and Golden Retriever mix: The Advantages of Half-Bred Dogs and Common Features of Two Breeds