A mixture of American bulldog and Beagle is called “Beabull” – a breed of designer dog that recently has gained a huge popularity among dog lovers.

Firstly, this breed originated in the USA and immediately proved to be an excellent arena and family dog. A crossbreeding between American bulldog and Beagle created a playful and loving dog with strong and independent personality. 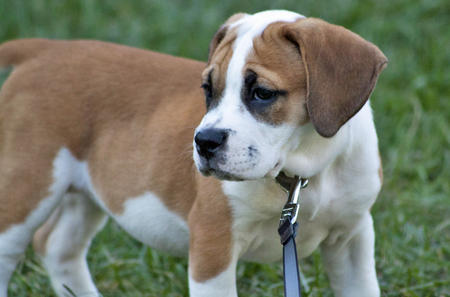 A mixture’s genetic buildup is not always 50% American bulldog and 50% Beagle – crossbreed dogs may vary in terms of exterior. As a rule, a Beabull will have the Bulldog’s wrinkles, under-bite, short tail and legs. Their ears, like Beagle’s, are long and droopy and their muzzles are rather long. Hair are short and of Beagle like color and pattern. What concerns size, a Beabull is approximately 12-16 inches at the shoulder, weighting about 30-50 pounds.

An average life expectancy of an American bulldog and Beagle mixture is 10-13 years. On the whole, a Beabull is a breed with a strong immune system and sound health.

However, the common health issues with Beabull consist of problems with ears, since they are rather long and can easily catch any sort of infection: a Beabull owner should take care of dog’s ear canals and clean them of any debris and dead hair. Also, a Beabull may inherit various digestion problems from Bulldog. 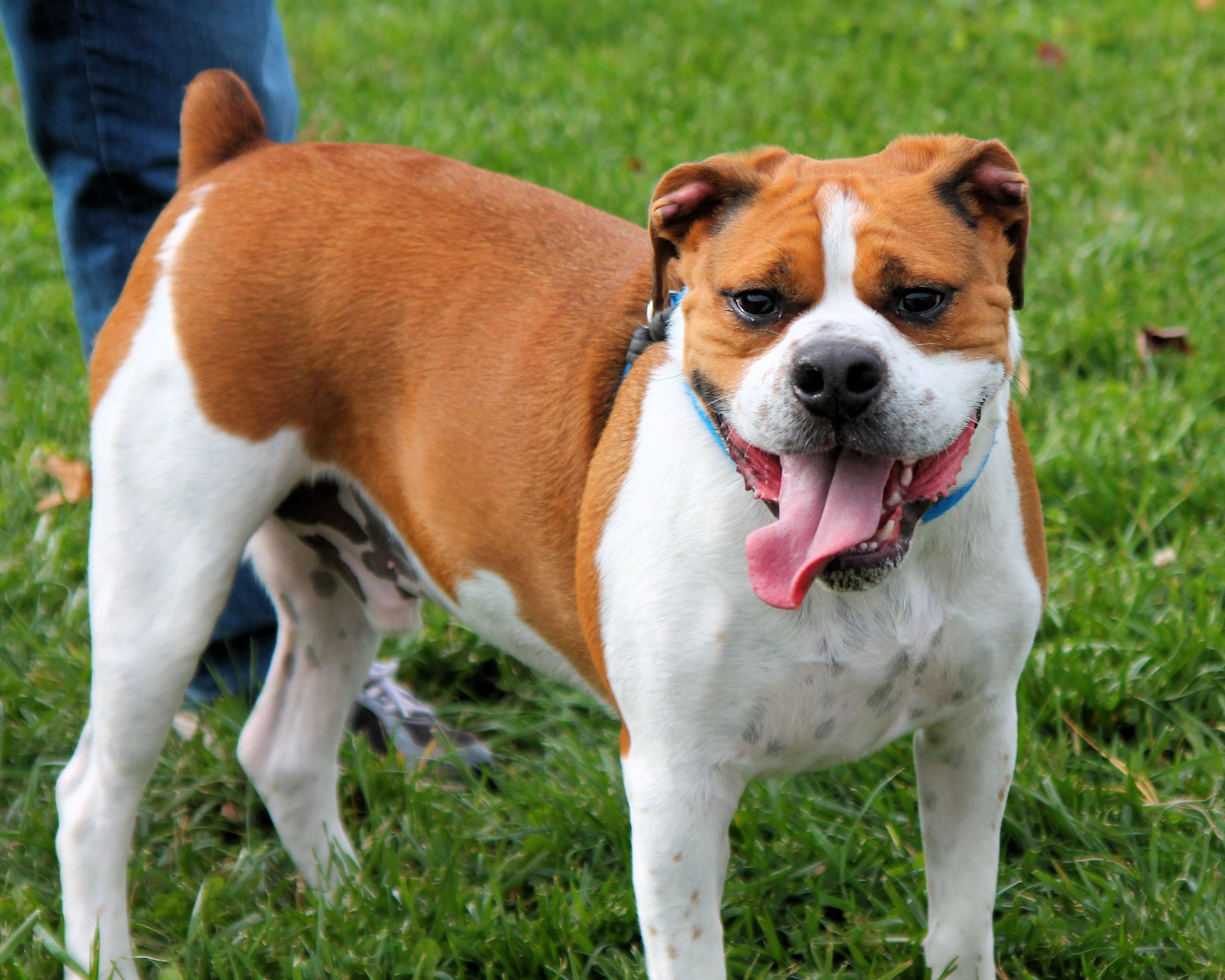 Warning! A state of Beabull health is not about its heredity, but is the question of a dog owner care and responsibility. It is advisable to look at dog’s healthy diet and give it necessary environment to be active. It is also crucial not to neglect well-timed vet examinations, annual immunization, protection against ticks and tapeworms.
Be careful! Like Beabulls’ American bulldog parents, a dog can be an overeater. It is necessary to select a dry food for active dogs, but, in the meantime for dogs, inclined to obesity.

Beabulls, like their Beagle parents, are extremely social dog that loves to be in the company of their owners all day long. Their strong devotion to their masters making these dogs very obedient and affectionate. They are also very tolerant and loving towards children and are loyal even the most annoying and curious babies. Beabulls can be adopted by families with other pets since these dogs will be glad to have such a company.

Advice: a dog that lives in a family since its childhood will be very affectionate towards its members. If you have adopted an adult Beabull, always try to socialize it gradually, little by little. If you have just brought a dog in your house, do not let your family members spend too much time with a dog at once. Give a Beabull a personal space for 2-3 days giving a dog the opportunity to get used to new environment. If there are some problems with dog’s behavior, get a professional consultation.

What concerns Beabull temperament, it is impossible to say something definitely. A Beabull can be lazy and mild mannered like its Bulldog parent, or just burst with hyperactivity like Beagle, or just have some golden middle with its behavior.

Recommendation: if your Beabull is hyperactive, you need to give it an environment to be active and release its power. It is necessary to give its activity a right way (engage your dog in training or active play, instead of let it “destroy” your house).

There is an interesting fact about Beabulls – they are perfect jumpers. Try to arrange a training that will contain a great deal of jumping exercises, for example, a play with frisbee.

Beabull is a perfect family dog with a great portion of devotion towards its owner, however, it has strong and independent personality. This dog need to be active and spend a lot of time with its master. Beabull is a nice companion that will make one’s life more interesting and positive.

Written by Silvia Brown
Glad to see you my friends! I started this blog several years ago and continue to write articles about dogs. I'm dog lover and my purpose make their lives happier. One day I'll open animal shelter - it's my inspiring dream ✨
Common Beagle Eye Problems: Diseases and Treatment
Beagle and Chihuahua Mix: Appearance and Size, Character and Other Information about Cheagle

How Ofte To Brush A German Shepherd