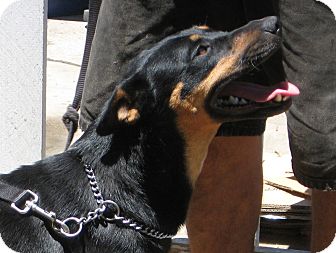 We keep saying that World Canine Organization disapproves of crossbreeding. But we can’t deny that metis is commonly a smart and good companion if it gets as much effort and attention as a pedigree dog. 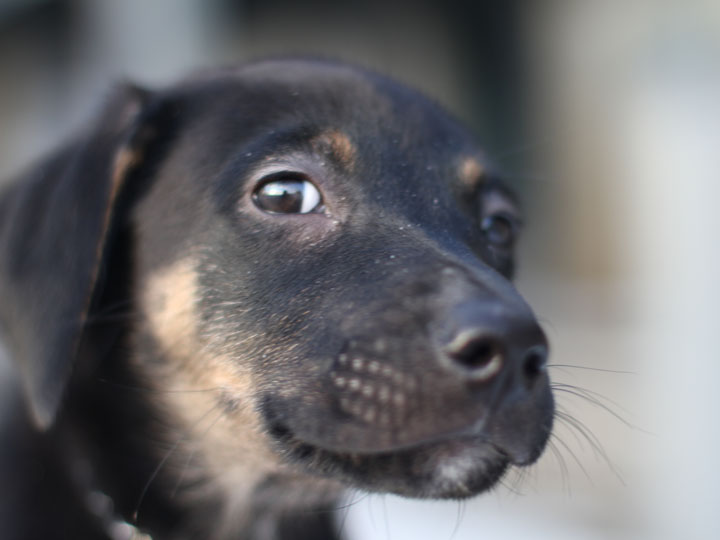 How Does Doberman Shepherd Look?

When two different dogs mate, their genes combine in a various way, and sometimes the puppy may have no distinctive marks of the shepherd of Doberman at all. We looked through known half-breeds and accomplished a list of their standard features.

Warning! There is nothing bad in adopting a half-breed dog, but it’s prohibited by veterinarians and kennel clubs to mate the dogs of different races. There are a lot of genetical diseases which can be avoided by arranged breeding but unpredictable otherwise.

Both parents have long, strong legs and brawny torso, but the metis is likely to be slightly higher than the shepherd (55-65 cm as against 63-72 cm of Doberman). An overall figure can be both shepherd- and Doberman-like, but the latter is spread wider.

Doberman straight legs harmonize with its long neck but in the case of half-breed, the neck may be too short, and the dog will remind one of π-letter. 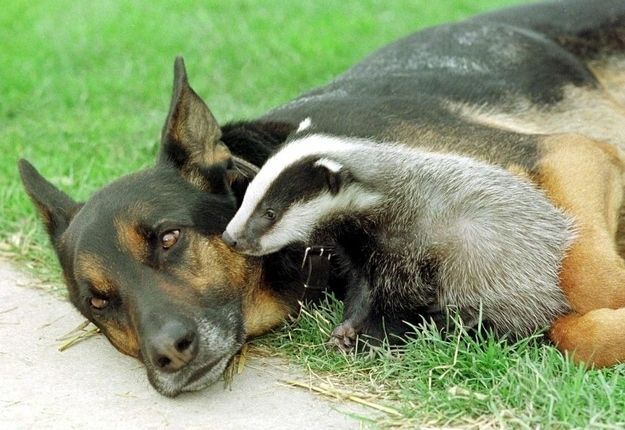 It’s common for all kinds of German Shepherd half-breeds that their mooze has prominent shepherd features. Nevertheless, the shape of the skull can be more similar to Doberman’s one. The overall impression depends strongly on the proportion between the head and the neck.

Recommendation: if you don’t mind, it’s better to crop ears of the Doberman Shepherd. Almost all the metis are lop-eared which may hamper the dog.

The thickness of coat and the color scheme are entirely unpredictable. Half-breed can be doberman-colored with long fur or shepherd-colored with a smooth skin. Observations show that Doberman color genes are more dominant than shepherds.

There is a stereotype that Doberman is an aggressive dog, and German Shepherd is much more obedient. In fact, both races are among working dogs class, and the breeders reduced hostile behavior of Doberman.

But when the breeds are mixed, the metis puppy combines both strongest and weakest points of the patents. For example, you will be pleased by:

Be careful! Mr. Stranger may be a mail carrier, a police officer or your cousin that suddenly comes to your place. The metis is naturally suspicious, so train it only restrain its aggression. In case of need, the dog will protect you anyway.

As any working dog, the half-breed needs a lot of physical and mental activities, consistent training and wholesome food To be healthy and friendly. And then it will become your loving companion or perfect working dog.

10 Photos of the Doberman and German Shepherd Mix: Behaviour and Positive Traits