Home » Difference Between Huskies and Malamutes: Appearance and Traits of Сharacter, Training

Difference Between Huskies and Malamutes: Appearance and Traits of Сharacter, Training 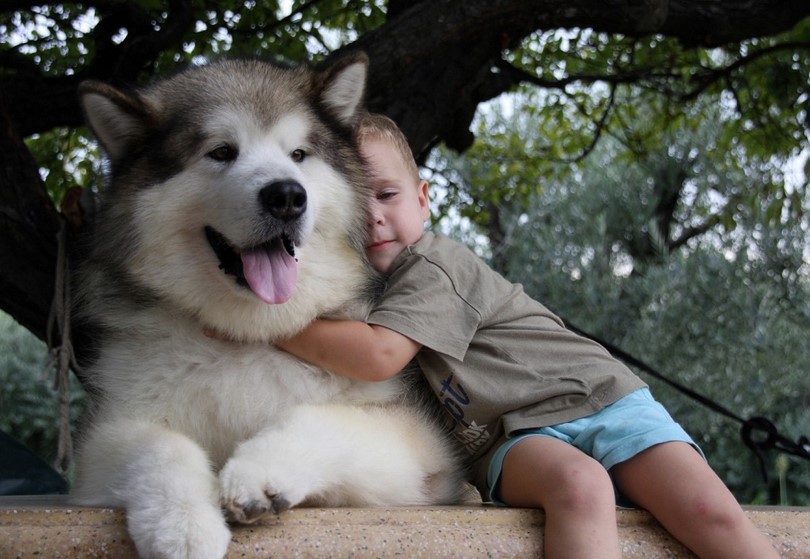 In the severe, snow-covered areas, where vehicles cannot be used dogs have become people’s best friends. They not only share the loneliness at cold nights, also they are essential helpers. If you want to deliver any goods in friable, deep snow, there will not be anyone better than dogs.

There are two types of sled dogs: the Alaskan malamute and the Siberian husky. They look very similar. People who never see them can be easily confused. But if you look closely it is possible to identify many differences in appearance, character and purposes. 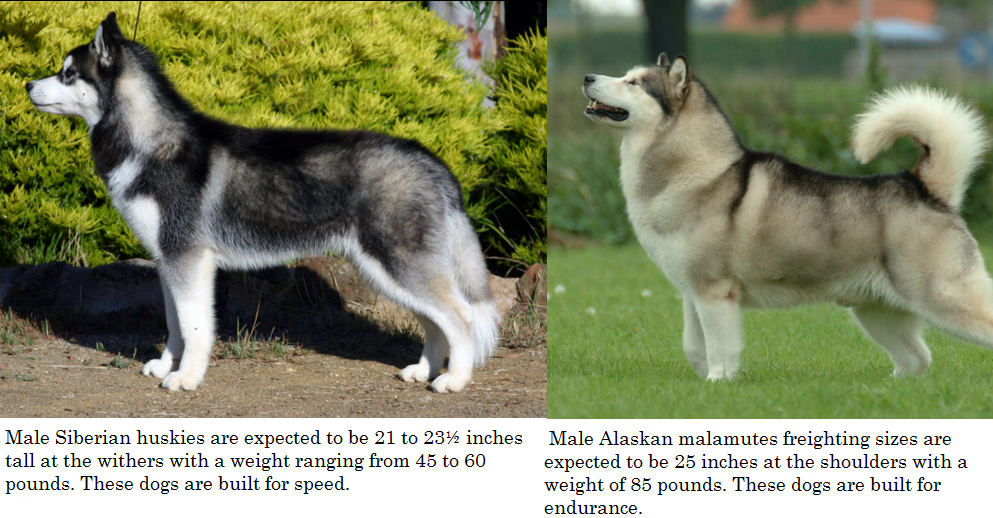 The Alaskan malamute is a powerful athletic dog with strong muscles, an ideal chest due to which it can easily carry a heavy load over a long distance. The malamute is steady and seems like an energetic dog, while the Siberian husky is a mild active dog of medium size, it is not acceptable for it to carry a heavy load, the main feature is the speed of movement.

Be careful! Do not confuse a husky with a malamute and do not let it do the job which it is not capable for.

Husky has a great endurance, it moves easily and elegantly. Male malamute reaches more than 60 cm in height, it has a powerful, almost square body. Adult husky reaches 50 cm and it has a flexible elongated body.

Malamutes have a great muzzle and a broad skull. In friendly, curious brown eyes you can read the full attachment . The malamute has ears of medium size set wide apart on the outside of the skull. They have mostly black or brown nose, less snow-white with pink streaks. The malamute has a scissor bite and large teeth, a strong, curved neck, straight back slightly tilted to the ribs. The tail is like a sickle. The malamute has a coarse hair various colors. 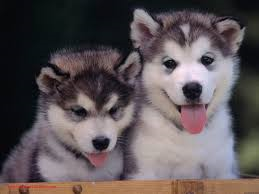 The Siberian husky has an elongated, conical muzzle with a small skull. It has a cunning or cautious glance with evil-looking eyes which have a bluish tint. Thick, high-set ears always stick out. Most huskies have a black nose, but they can also be seen in snow-white color. The husky has a scissor bite and big teeth, a curved neck and a round tail. Hair of the husky is soft and smoothly lying which never stands on end. Huskies have eyes of various colors.

The Alaskan malamute and the Siberian husky have differences in character. Huskies are very friendly and affectionate but they have self-esteem.

Advice: if you have a child, the huskies certainly will make friends with him/her. You will not find a friend better than the husky for outdoor games.

Husky will never show aggression to other animals and especially to people and it is not difficult to keep them.

Malamutes are called intellectuals. A glance is enough to determine the mood of dogs. Like huskies the malamute immediately finds a common language with children. However, they seldom bark, they are the most quiet among dogs.

Recommendation: if you want to have a true friend, the Alaskan malamute will be the best choice.

But the malamute loves to eat delicious foods and can even be willing to steal them.

Warning! Make sure your dog follows the diet, otherwise it can face with stomach diseases with further consequences.

Both huskies and malamutes should be kept at home, but you should watch out for their mobility once a week, trim their nails and comb their hair.

The level of intellect of these two breeds is different. The differences are in the choice of training methods. Those who believe that husky are poorly trained dogs are wrong. They need to begin training in the early childhood, and the main principle in it should be the interest of the dog in training.

Malamutes should be trained when you begin keeping a puppy in the house. Thus it is necessary to note two main traits of your pet – commitment to leadership and stubbornness. There is another feature of the malamute, which is necessary to pay attention; it has a passion for digging.

Attention! If you care about your garden, teach your malamute to dig in one certain place.

Now you can identify both huskies and malamutes. Though they look similar, it is important to know their traits of character and features.

9 Photos of the Difference Between Huskies and Malamutes: Appearance and Traits of Сharacter, Training

Written by Silvia Brown
Glad to see you my friends! I started this blog several years ago and continue to write articles about dogs. I'm dog lover and my purpose make their lives happier. One day I'll open animal shelter - it's my inspiring dream ✨
Husky Eye Problems: Various Eye Diseases and Treatment
Husky Hip Dysplasia: Follicular Dystrophy and Health Safeguard for Huskies

Comment Box of Difference Between Huskies and Malamutes: Appearance and Traits of Сharacter, Training