Home » How to Trim a Shih Tzu Tail: Tips of Grooming Technique

How to Trim a Shih Tzu Tail: Tips of Grooming Technique 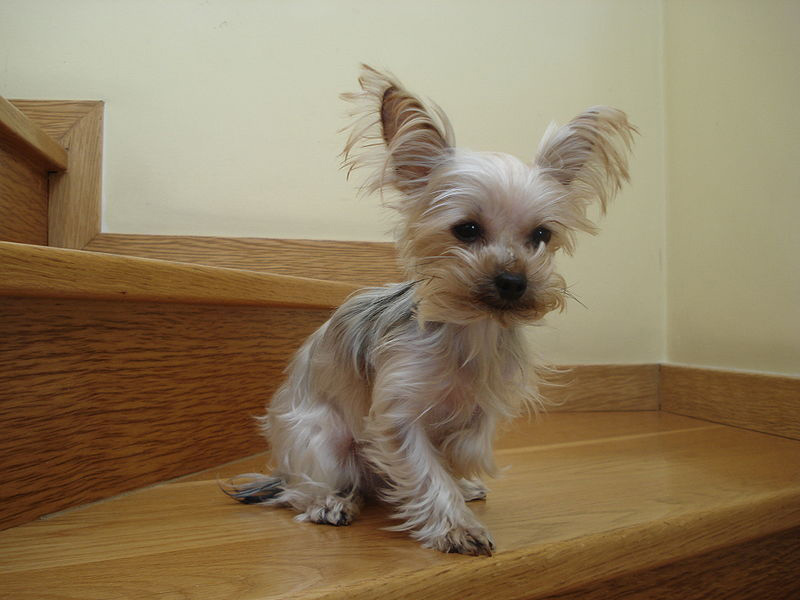 Of course you know that the Shih Tzu is one of the breeds that have hair instead of fur. What it means is that the hair of the Shih Tzu will be growing much longer than other dogs fur. And that makes a proper grooming an absolute need of this breed.

The groomers often complain that the customers with Shih Tzus would have their dog shaved head to toe with one exception – the tail. There are certain myths going around internet about the trimming of the tail of a dog, some of them say that it can throw the animal off balance and make it difficult for it to walk straight. Well, this legend is completely untrue and it’s hard to tell where it takes its origins. If something like this happens after the grooming session it has nothing to do with the haircut itself, but it can be a matter of some kind of injury, possibly a cut, razor burn or general roughness of the procedure. 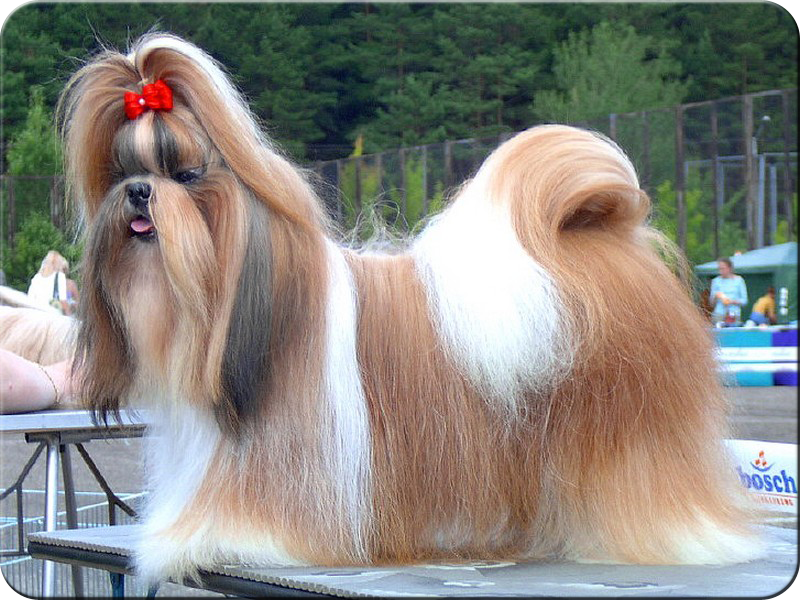 So no, there is absolutely no reason to keep the tail hair uncut if you go for a full-dog grooming. The same way you trim your dog’s hair for the short puppy haircut you trim the tail. You might just want to be a little bit more careful with the skin, especially if you’re not very experienced in grooming – the cut on the tail takes long time to heal.

The tail itself should be trimmed mostly just to correspond with the rest of the coat that’s been shaved. But there is an area under it which needs a clipping for the other reason. With the long hair around the anal area the Shih Tzus often have their feces stick to the coat. It looks bad, smells bad and just clearly unhygienic. So trimming the hair under the tail is an essential part of the grooming. If you doing the shaving yourself, be careful not to overdo it – you definitely don’t need any bare skin exposed as the hair protect the dog from the infection, so keep the length of the it at least ¼ inch.

You might choose to take your pet to a professional groomer once in a while, but there a good chance the tail and private areas you will be renewing by yourself sometimes. It’s not as hard as it might seem, but you will need to buy a proper dog grooming kit and train your dog to keep still while being groomed. 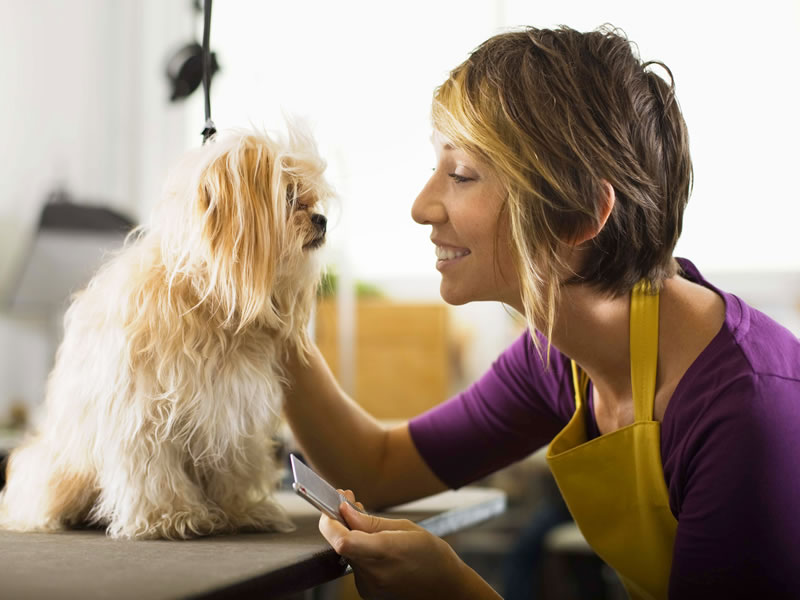 It is always recommended to do any haircut to the dog after a good bath, that will remove some of the dead hair and dirt that can get in the way of your scissors or razor. After this you’ll need to dry the coat thoroughly and brush it, so there’s no knots and all the shed hair is removed. When using the electric clippers, you should take a blade #10 for the small area around rectum. For the tail itself you can use the same blade as for the rest of the body – usually it’s #5 or #7. Some professionals recommend to use the scissors for trimming the tail, as the clippers might leave it looking too skinny. After the procedure give your dog a sponge rub with disinfected water and dry it with the towel.

Advice! Use special scissors with rounded endings so you don’t accidentally injure a dog with the sharp edge.

As easy as it sounds cutting the hair pf your Shih Tzu can be quite tricky the first couple of times, but the reward you get is a beautiful dog, healthy and happy. And its tail looks just fabulous.

8 Photos of the How to Trim a Shih Tzu Tail: Tips of Grooming Technique

Written by Silvia Brown
Glad to see you my friends! I started this blog several years ago and continue to write articles about dogs. I'm dog lover and my purpose make their lives happier. One day I'll open animal shelter - it's my inspiring dream ✨
Cairn Terrier Shih Tzu Mix: Characteristics and How to Choose the Puppy
Teacup Shih Tzu Information: Weight, Size and Health Problems

Comment Box of How to Trim a Shih Tzu Tail: Tips of Grooming Technique