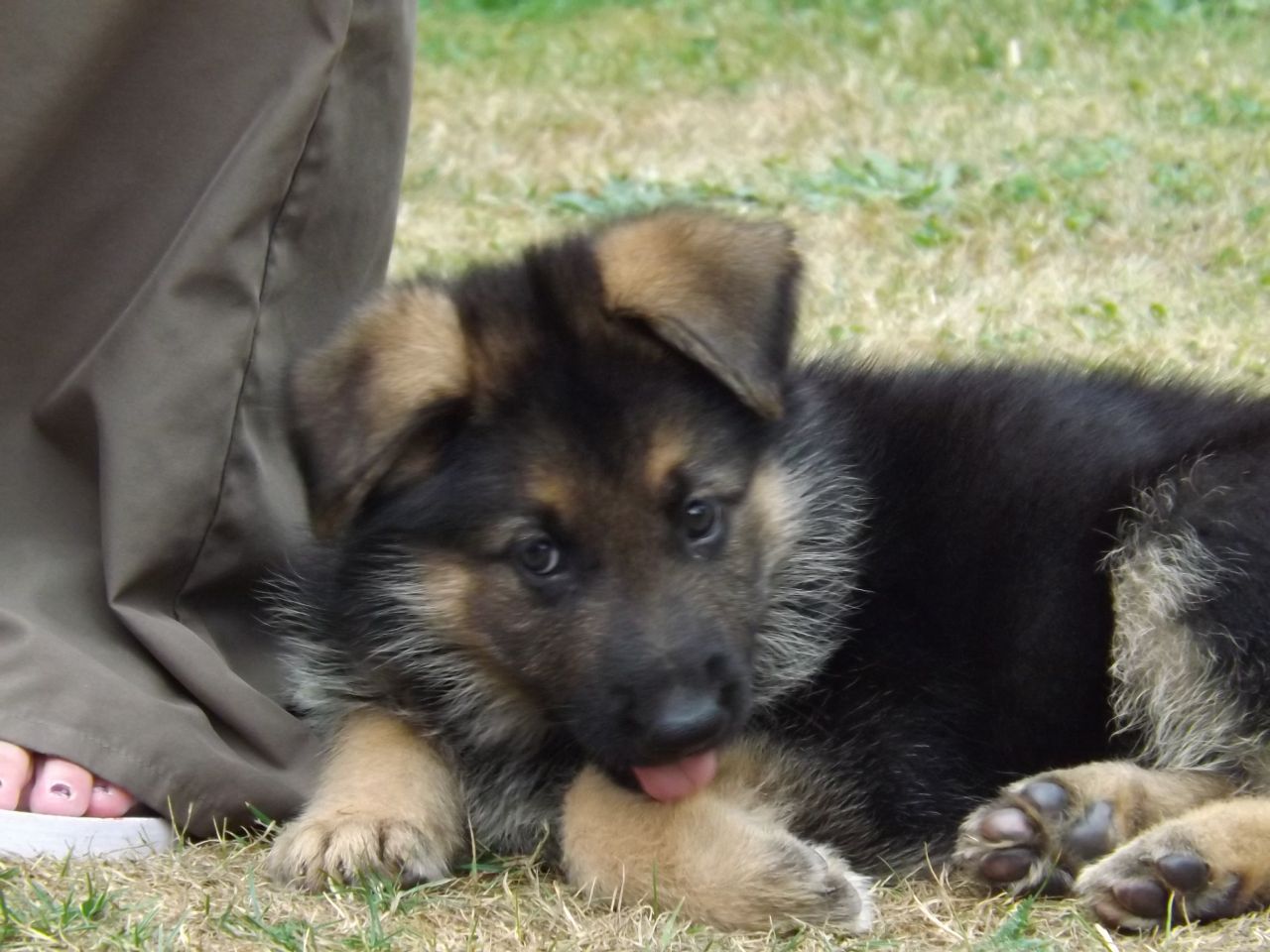 If you’ve got a German Shepherd puppy which is around 9 weeks old, then there are many concerns you need to care for. There’s the problem of biting, correct feeding and training.

Apart from that, your dog should very soon (if not already) separate from it’s mother’s care and live it’s own life. This also means that you will have to care for the puppy even more than ever. 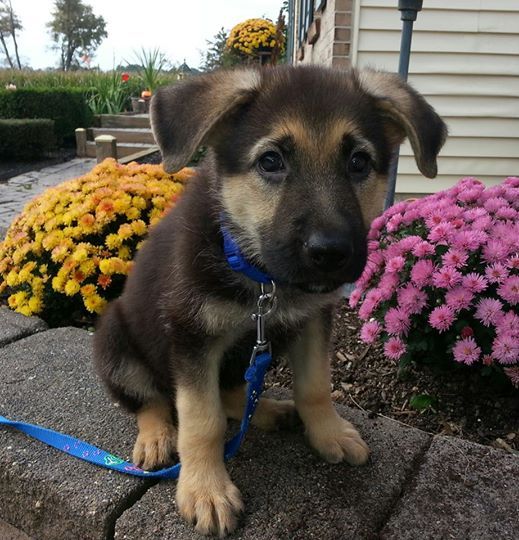 Proper medical attention, regular walks etc. At that age your puppy’s ears will probably stand up and get more rigid. And, as said, correct feeding is key for your pet’s development. But how exactly do you care for such puppy?

As for female counterpart, the weight is slightly smaller (by 2 kg, or 4 lbs). At this point, both dog genders should be at 12 to 15 inches of height. Though it is fine if the dog is a bit too light/overweight, the development speed is quite different and varies from one German Shepherd to another. 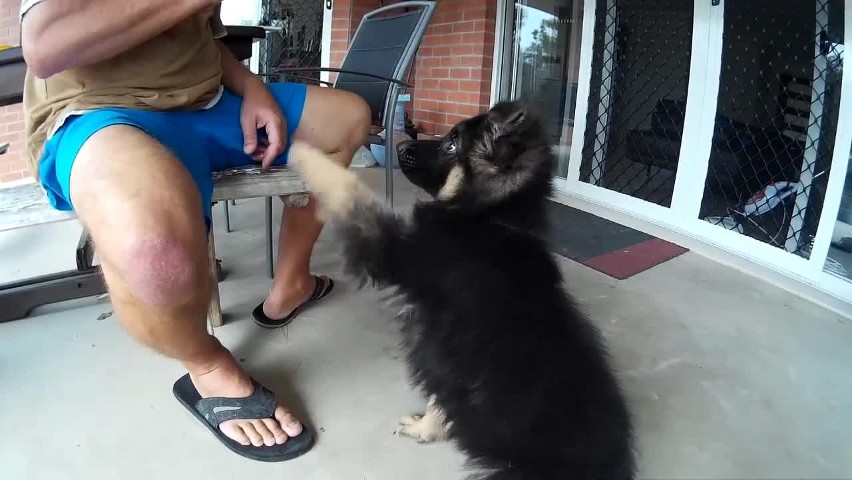 With that said, a puppy that weights 3 to 4 kg (6 to 8 lbs) less than expected is probably not fed correctly, the same goes for the other side. Perhaps you are feeding it incorrectly/inconsistently, or the food is not nutritious enough?

If you are wandering, you indeed can train such a young puppy, although it can learn much fewer tricks than an adult dog would. Mainly what you want to focus on is the bite inhibition, as random biting is an extremely often problem throughout all individual German Shepherds.

Other tricks may include:

Yet we still recommend: to mainly focus on the said “bite inhibition” training. Without it, the dog may be overly aggressive in the future. But if you overdo – then it may be too kind and won’t bite at all. So be careful.

We’ve already stated above how important it is to care for 9 week old puppy. The puppy has probably left his mother’s lair, or just doesn’t require her care. It is obvious, that leaving a dog without care would be equal to abandoning it. So, it is fully up to you to feed, groom, heal and play with that German Shepherd of yours.

On the bright side of things, the said puppy is much more independent than before, and will help you care for itself. It also doesn’t require as much energy as before, because the growth process is gradually slowing down, resulting in a lower the amount of food distributed to the dog every day.

Pay attention! To how much the dog eats, and if it leaves behind/requires more food. Analise that information and fix the diet if needed.

Concluding everything above, the “age of separation” (from the parents) for a German Shepherd requires a lot of responsibility from you and the dog itself. The amount of things you have to worry about is increased. If earlier most of the things were done by the mother, then now you have to play her role in the puppy’s development.

Nonetheless – the most important thing separating wild and/or homeless dog from a domestic one – is care. Without it, you can’t really know what an adult German Shepherd would end up being.

Additionally, the pet at this point actively learns from it’s environment. If it’s raised up in bad and “evil” conditions, it will be bad and evil. And, on the contrary, if the conditions are good, kind and comfortable, the dog will correctly measure the situation and definitely won’t bite a random stranger that doesn’t mean any harm to you and your close ones.

And, finally, good luck with your 9 week old German Shepherd, and thank you for reading!

Written by Noah Sanchez
Hi, there. I graduated Bergin College of Canine Studies I loved Animal Grooming there. So it's my passion and sometimes I write articles about dogs, and also love to train dogs. I have 2 amazing friends: German Shepherds
How to Train a German Shepherd to Attack: Owner Defense, Training Age and Useful Advices
6 Month Old Labrador Retriever: Size and Weight, Training and Behavior

How To Train A Dachshund Puppy To Potty Outside