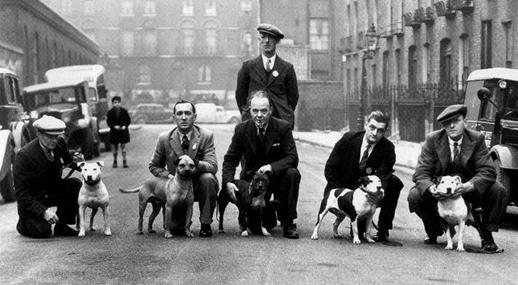 The breed’s vast history originates on the British Isles. That’s where the first Old English Terriers and Old English Bulldogs (that went extinct about a century ago) crossed. The crossing was done to create a dog breed, that would combine the strength and power of a bulldog with the willingness of terriers, and it succeeded.

Basically, people needed a perfect battle dog to earn them a lot of money in the illegal sports. That breed didn’t change that much up to this day. 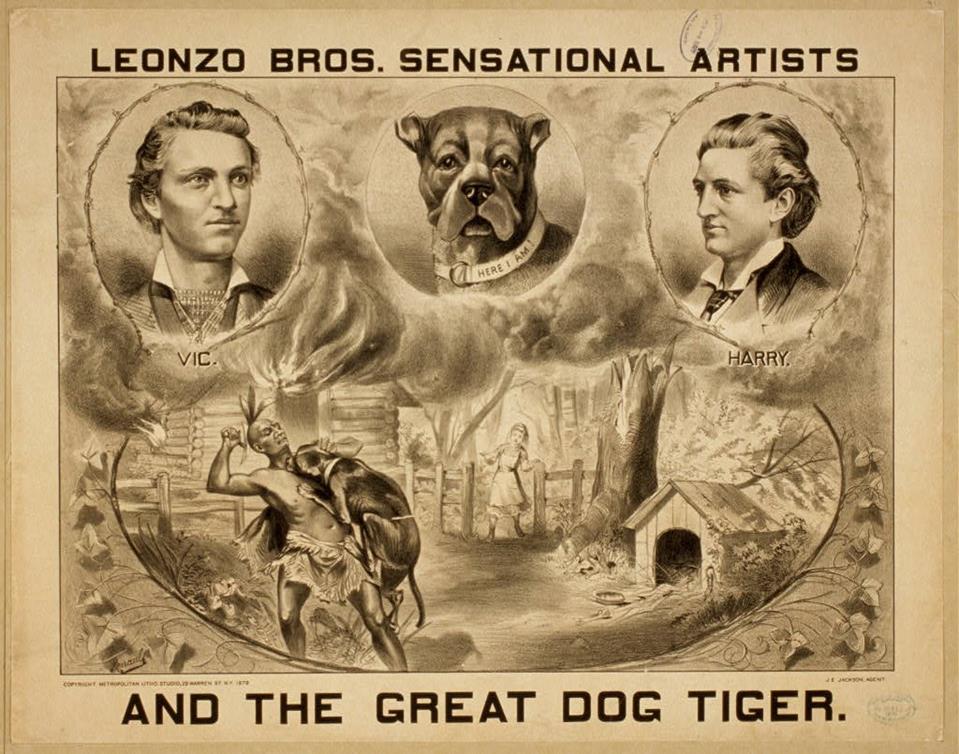 One large and awful stain on the breed is the history of dog fighting, that took off when other bloodsports were restricted and dealt with by the British government in 1835. Pitbulls were bred specifically to fight and be killed in the “pit”. The breed’s name actually formed then, and it’s main meaning was the “fighter dog”. This lasted for a very long time, because of how easy it was to conceal such fights.

Even though they don’t occur today anymore, some people still see pitbulls as a dogfighting breed. But that’s a huge misconception, and it’s something governments even tried to get rid of – the breed was renamed on multiple occasions. Once, it was known as the “Saint Francis Terriers”. Not so long ago, in 2004, you could hear them being called “New Yorkies”. Unfortunately, that didn’t change much.

America became a great opportunity in XIX century, and that’s why people started immigrating to there from all over Europe. British people weren’t an exception. 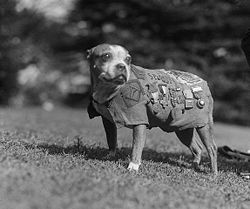 Before the Civil War, Illegal and legal immigrants from Britain brought American pitbull terriers to now their main place of origin, North America. There, it became one the Americans’ favorites. The breed wasn’t in the dog registry right until 1935, just a century after the presumed birth.

Use in Army and Law Enforcement

When the breed gained popularity and started losing it’s infamy from dogfighting, cases of APBT’s being used as police and army dogs became quite frequent. The breed became so popular, that it was even used in some WW1 art, representing the US.

Just as an Eagle in the modern day, pitbull was a mascot of the old days. They were used as field dogs, saving lives on the battlefield. Even today, these dogs can be seen in police, working side-by-side with other strong dog breeds, like German shepherds.

Other Uses in the Modern World

The huge variety of tasks that can be performed by that dog breed allowed it to go even further. To this day, pitbulls are also used for:

And many other tasks. The dogs’ intelligence allows them to be trained to do a vast amount of actions, so the limit for pitbulls is almost non-existent.

American pitbull terriers have an interesting history, fitting for such an interesting breed. If not for the immigration and two World Wars, we wouldn’t be able to recognize this breed, and it would probably not take off.

The amount of good these dogs did to people overweighted their history of dogfighting, and nowadays – it’s one of the most seen dog breeds around.

Written by Noah Sanchez
Hi, there. I graduated Bergin College of Canine Studies I loved Animal Grooming there. So it's my passion and sometimes I write articles about dogs, and also love to train dogs. I have 2 amazing friends: German Shepherds
American Pitbull Terrier Names
3 Weeks Old Husky

Caring For A Pregnant Beagle