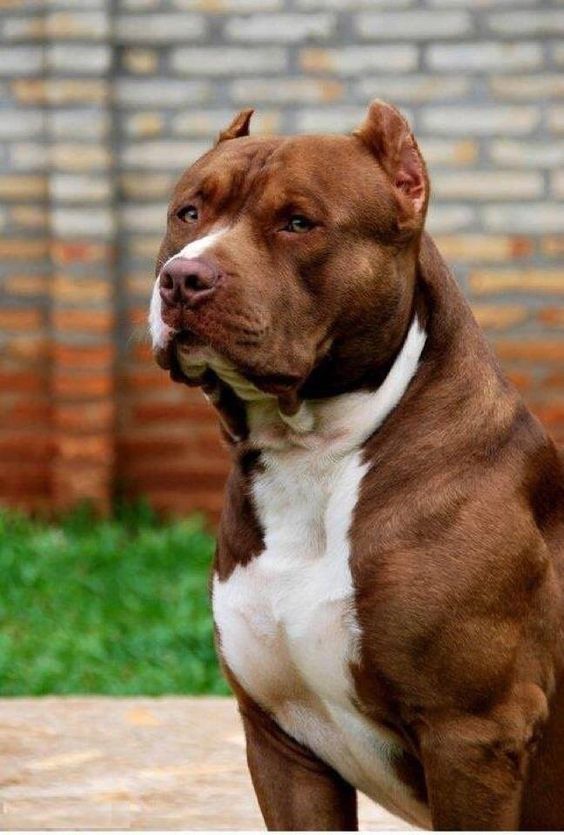 American pitbull terriers, interestingly, actually came from Britain a couple of centuries ago. This led to them being divided into multiple varieties, one of them is now known as “The Old Familiy” (or the “Red Nose Pitbull”). It originates from Ireland.

Even before the dogs transferred to America, they already had some red coloring to them, including the well known red noses. And until now this distinct color is still seen in modern pitbulls. “The Old Familiy” pitbulls are highly valued for their rarity and unique look. But it’s not just the looks that are unique for the red nose pitbulls! 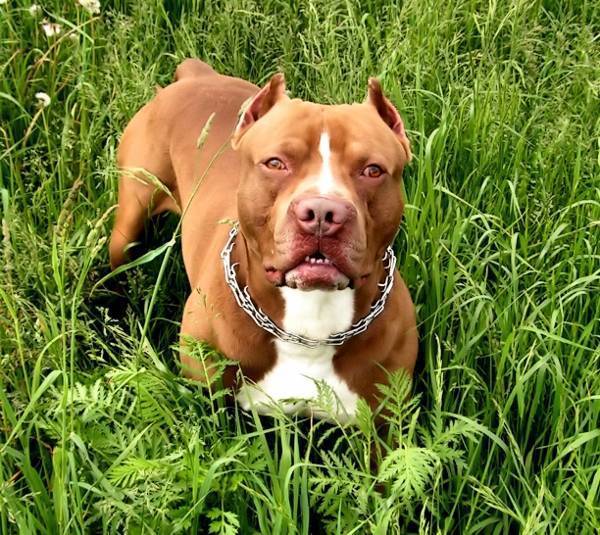 All pitbulls that are currently in America came from Europe and British isles. The red nosed pitbulls were formed and bred in Ireland, and almost always used for dog fighting, which is why there’s a misconception about them being extremely aggressive, dangerous monsters. It’s actually false and fully depends on the training and the owner (pitbulls are even kind to children most of the time).

Temperament of both red and blue nosed pitbulls is quite similar. However, compared to your standard pitbull, the red nose variety is a lot less aggressive. But they are as defensive, and it would also be a mistake to say that they are completely peaceful. 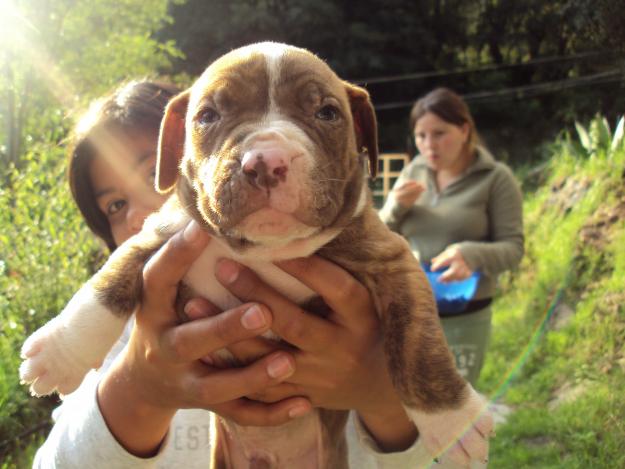 Important! To be careful with them, as they may get angry at other dogs, unless the owner stops them.

Mostly, training techniques are also the same to original pitbulls, as well as the dog’s intelligence. So it won’t be a problem training one, unless you start too late or do it unenthusiastically. Everything else doesn’t differ that much between the two varieties.

The most notable feature of the red nosed pitbulls is their color. They are often brown with a small tint of red to them, but the red nose is even more important. That’s what gives them this name and recognition around people.

Again, despite common misconception about two breed types being extremely different, they are not. Moreover, it’s fully their appearance that divides them into two groups.

Because pitbull varieties were very strongly crossed during the immigration to America, there’s now a chance that any pitbull pair, be it the American, the blue or, of course, the red nose can still result in one of the puppies born with red nose. Though the amount of those puppies is quite scarce, which dictates the price for that variety.

Written by Noah Sanchez
Hi, there. I graduated Bergin College of Canine Studies I loved Animal Grooming there. So it's my passion and sometimes I write articles about dogs, and also love to train dogs. I have 2 amazing friends: German Shepherds
Common Health Issues in Golden Retrievers
American pitbull terrier weight