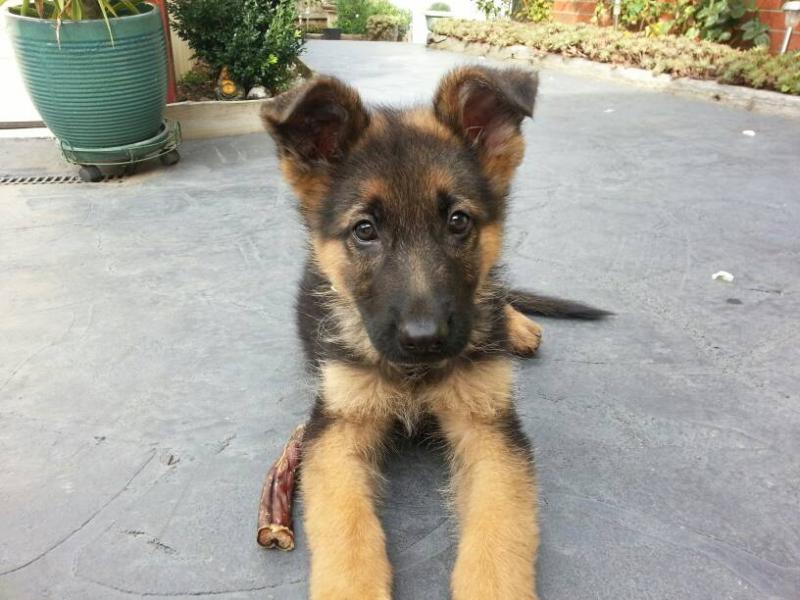 When a puppy reaches 10 weeks of age, or 2,5 months, it is fully ready to be trained, and probably should be. If you’ve nailed down the bite inhibition, it will be much easier for you to proceed.

Even though you can train a German Shepherd at this age quite easily, the amount of commands that you can teach is quite low, and they are partially just for looks. 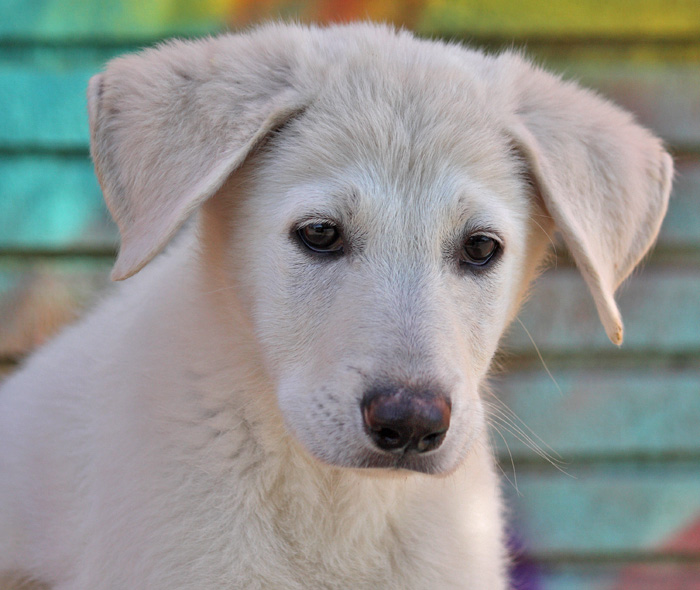 From other changes, it should be noted that at 10 weeks the dog’s ears should be staying straight up, otherwise you should visit a vet clinic or just wait for further process.

Still rapidly increasing, the weight and height of a puppy is already at around 30% of the full-grown size. Though 10 weeks is the point where that growth starts decreasing, and halves at around 4 months or so, before completely stopping. 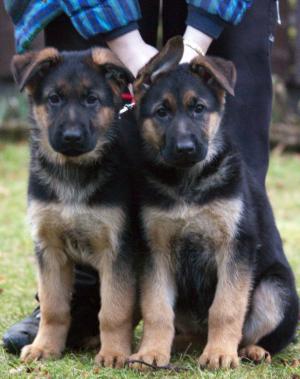 At this point, a dog won’t eat by far as much, as it had eaten before.

We advice you: to keep an eye on your dog’s food consumption and regulate the amount of meals and their size depending on observations.

Ears Not Standing Up

German Shepherds ears stand up at 10 weeks of age at most. There are some exceptions that vary from one dog to another, though you probably won’t see a GSD with relaxed ears older, than 3 months.

And still, some owners are struggling with that problem. So what should you do, in that case:

Attention! Don’t panic and don’t try to fix everything yourself.

It is important, that before the puppy passes the 10 week age mark, it should already know bite inhibition before everything else. But if it doesn’t (uncontrollably bites people, sometimes even strongly) then is has to be a number 1 training priority.

Nobody wants an aggressive German Shepherd, does anyone? And that is exactly what’s going to happen without bite inhibition. But in case the bite inhibition has already been taught, you may consider training the dog to:

Recommendation: walk the dog for about half an hour or more first, so that it would be tired and thus would be more focused on the task.

Additionally, you should never blame your dog if it does something wrong – just repeat the command, until it works out. Then, greet your dog for doing everything correctly. A puppy will never learn anything in a strict and unwelcome environment.

But it will surely remember everything if you make it a good and relaxing time, or some sort of a game. In the end, we wish you best of luck with your 10 week GSD, and thank you very much for reading.

Written by Noah Sanchez
Hi, there. I graduated Bergin College of Canine Studies I loved Animal Grooming there. So it's my passion and sometimes I write articles about dogs, and also love to train dogs. I have 2 amazing friends: German Shepherds
Siberian Husky and Golden Retriever mix: Appearance, Temperament and Health Concerns
6 Month Beagle Puppy: Physical Appearance, Weight and Size

Can A Chihuahua And A German Shepherd Mate