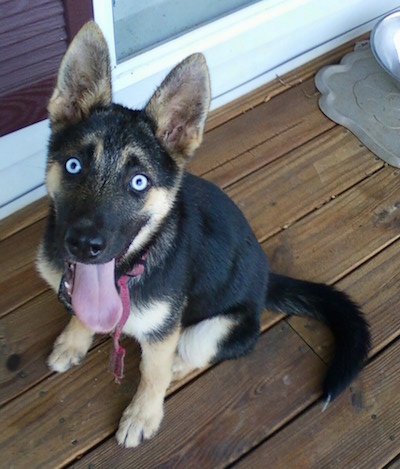 What do we think, when someone says “German shepherd”? Well, mostly everyone will immediately think of very strong, beautiful and responsible dogs, that you can meet in K-9 units of Police. But even though it’s true that they are the dogs that defend people from dangers, search for toxic materials and etc, they don’t always do as such.

Many German shepherds are just best friends of people, many more are held as pets. But the most important thing about them and the reason for Police using them is their intelligence. They are one of the most intelligent dogs that exist. 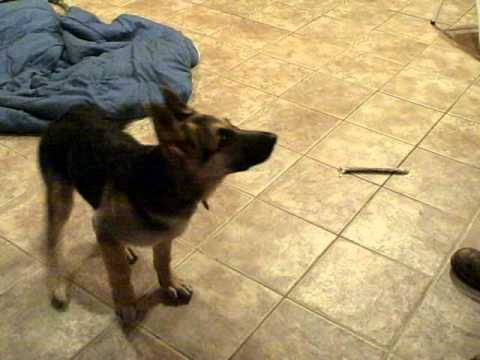 As every creature on our planet, German Shepherds have their puppies. Just because German shepherds are brutal, police-serving dogs doesn’t mean that they are born like that, does it? No, it’s the opposite. German shepherd puppies are very cute and kind dogs. Their size is relatively small, as their weightheight.

Some people encounter a common problem of German shepherds – their ears not standing up. Although it might seem like a problem, but in the first year of dogs’ life, their ears might go up, and might go down chaotically. 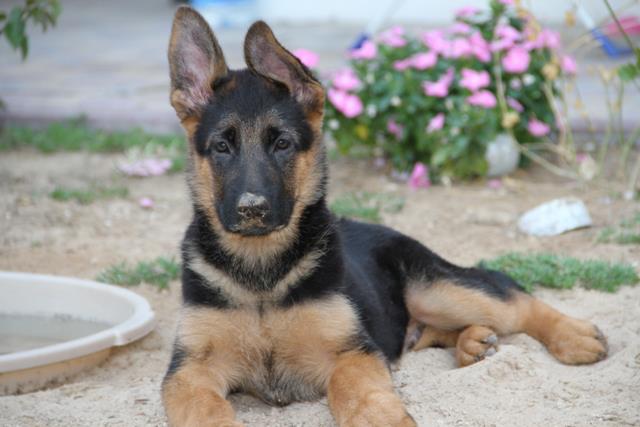 You shouldn’t really worry, unless this happens after 1 year from dog’s birth.

For German shepherds, 3 months is the age at which you are able to start training them. At such age their physical and intellectual form is enough to start understanding and completing commands. But you might ask: “How to train them?!”

For German shepherds, they want YOU to be their leader, as weird as it might sound. They are smart dogs. They know that it’s better to listen to you. And they will do, but you need to pay attention to a couple of things:

And most importantly, remember that your dog is just like a human being. It’s a living creature, it’s your friend!

Sometimes, your puppy might want to bite something, including you. Note that it’s going to be a hard, angry bite, more like a pleasant and light one, but still it’s a good thing to teach your dog to control this. How? Pay attention.

When you see, that your doggy wants to take a piece off you – just give it a toy to bite. If unsuccessful, try to tell your puppy to focus on the toy, but not yourself! If your pup masters the control over his bites, he will know when to defend itself or you!

And lastly, the diet. As stated earlier in the article, German shepherds puppies are really fast-growing, Which in the first place means that they need a load of food to grow. Double if not triple the amount of food for an adult dog. And their diet is to be supervised really strongly. The first months of puppies life are it’s foundation.

Thus, you should feed your dog food that acts as a building material. And what is greater for building up your health than a lot of proteins, vitamins, minerals and some fat. Mostly, in most circumstances, food made especially for puppies will work greatly. It is sold in most pet shops.

Wish you good luck with your German shepherds, and thank You for reading!

Written by Noah Sanchez
Hi, there. I graduated Bergin College of Canine Studies I loved Animal Grooming there. So it's my passion and sometimes I write articles about dogs, and also love to train dogs. I have 2 amazing friends: German Shepherds
6 Month Old German Shepherd: Average Size, Weight and Height Puppies
German Shepherd Eye Problems: Diseases and Treatment