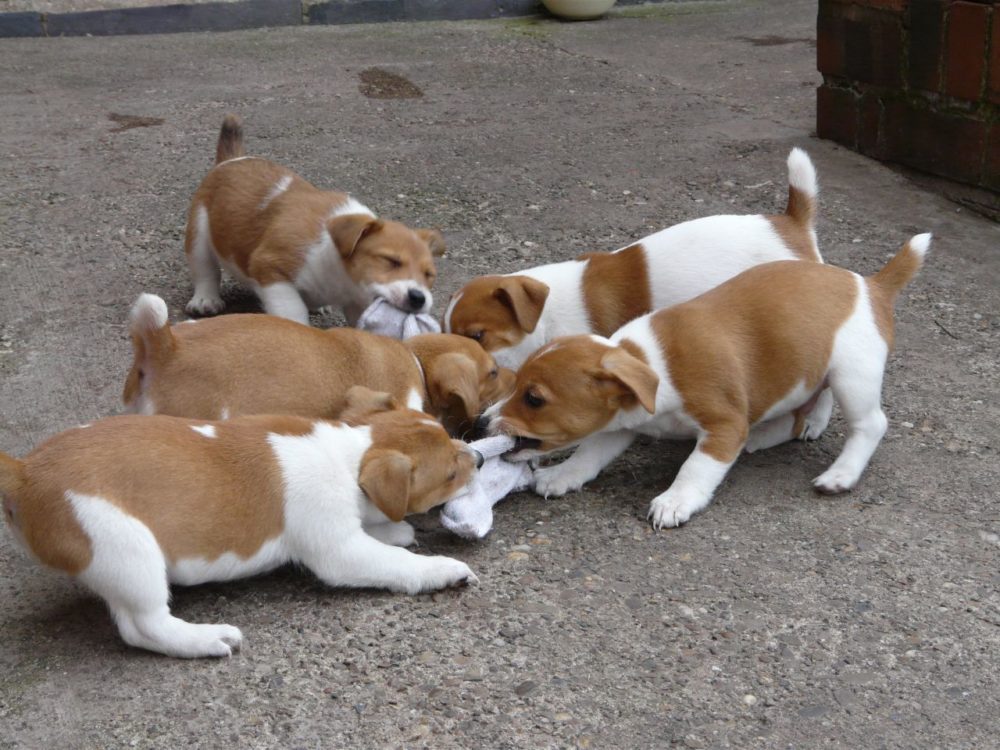 The mix of Beagle and Jack Russell Terrier is also called Jack-A-Bee. It is a small to medium seize dog with the height being up to 16 inches and weight being from around Jack Russell’s 13 to Beagle’s 30 pounds weight borders.

As usual, the mix cobines the psychological traits of pure breeds. For the Jack-A-Bee the mix derives intelligence, independence from both pure breeds. Pure Jack Russell and Beagle are also very gentle and friendly, however, the Jack-A-Bee is slightly better with young children, than pure Jack Russell, which makes this mix a very good family dog, considering it loves to have fun and is overall very affectionate and excitable dog. 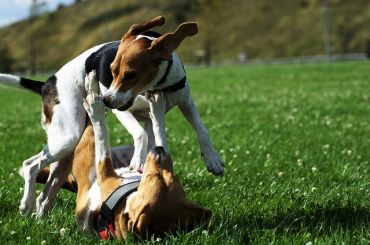 The lifespan of the mix is from 12 to 16 years, so the mix tends to live longer than pure Jack Russell Terrier.

Since Beagle and Jack Russell look somewhat similair, you wont notice much difference between the mix and the pure breed, apart from distinctive ears and tail and maybe the colouring, because Jack Russell Terrier tends to have darker coats than Beagle.

Main Features of a Jack-A-Bee

The main trait for this mix is the combination of Beagle’s exceptional sense of smell and Jack Russell’s high stamina and strong hunting instinct. You see, both Beagle and Jack Russell were breeded as hunting dogs with Beagle being a scent hound, and Jack Russell Terrier being hunting terrier. This results in Jack-A-Bee being excellent in scent detection and tracking as well as strength, endurance and courage to insistently chase its prey. 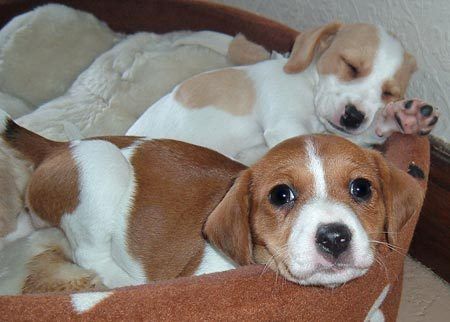 The Jack-A-Bee can pick up scent quickly like Beagle and unleash the energy, athletics and stubborness of a Jack Russell to follow it no matter what, even if you are just walking your dog in the park. The mix is also very protective and alert, which makes it a good watchdog considering its frequent barking.

Since the Jack-A-Bee is fairly active, it requires a considerable amount of daily excersises and training. The dog can be okay in apartment as long as the needed amount of activity is provided, so it will fit people with active lifestyle or at least those who have access to a yard.

Jack-A-Bee is also very curious dog and gets easily bored so it needs to be taken to different places where it can safely explore the environment off leash. This mental stimulation, as well as playing games and socialising with people and other dogs is required to keep the dog healthy and sociable, because otherwise it becomes mischevious and way too uncontrollable.

Keep in mind! This dog might consier other pets and animals as a prey, so it requires some supervision.

It should be mentioned that Jack-A-Bee is not easy to train and requires proper training, so this dog is not recommended for unexperienced dog owners.

The mix requires daily brushing because it may shed often, however there is little need for grooming for the coat is pretty short. This dog also gains weight relatively quickly, so you should watch for proper nutrition in order to avoid joints diseases Jack-A-Bee is prone to and high expenses these diseases cause (up to lethal cases).

10 Photos of the Beagle and Jack Russell Terrier mix: Size and Weight, Temperament and Lifespan

Written by Silvia Brown
Glad to see you my friends! I started this blog several years ago and continue to write articles about dogs. I'm dog lover and my purpose make their lives happier. One day I'll open animal shelter - it's my inspiring dream ✨
4 Month Old Labrador Retriever: Size, Weight and How to Feed 4-Month Old Puppy
Jack Russell Terrier: Temperament, Average Weight and Lifespan

Training A Beagle To Hunt Birds