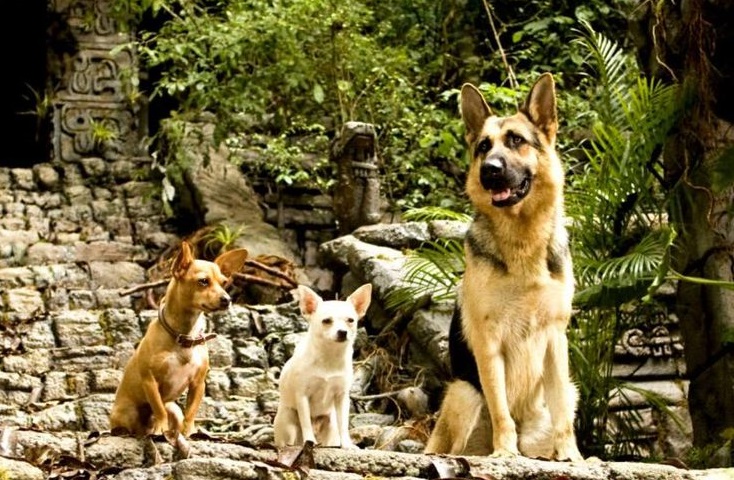 German Shepherds are one of the most intelligent, athletic and commonly seen dog breeds in the world. They are used everywhere – companion dogs, law enforcement, army or just as a loyal pet in somebody’s house, and that is partially because of their loyal and willing temperament.

They are also often bred with other dogs, especially small ones, to create something adorable, yet very intelligent, agile and enduring. For example, GS are often mixed with: And many other dog breeds.

Chihuahuas, on the other hand, are the smallest known dog breed on Earth. Those dogs are very brave – in fact, sometimes even too brave. Also, their curiosity is one of the highest from all dogs, as well as their perception. They can sometimes predict the following action, basing on the experience.

And, curiously, they very often understand what their owner want from them. Sometimes even a simple look is enough to call the pet for a walk. It is a beloved animal breed among many people, fits a dense city environment because of it’s size. For centuries, Chihuahuas played an important role in small dog breed history. 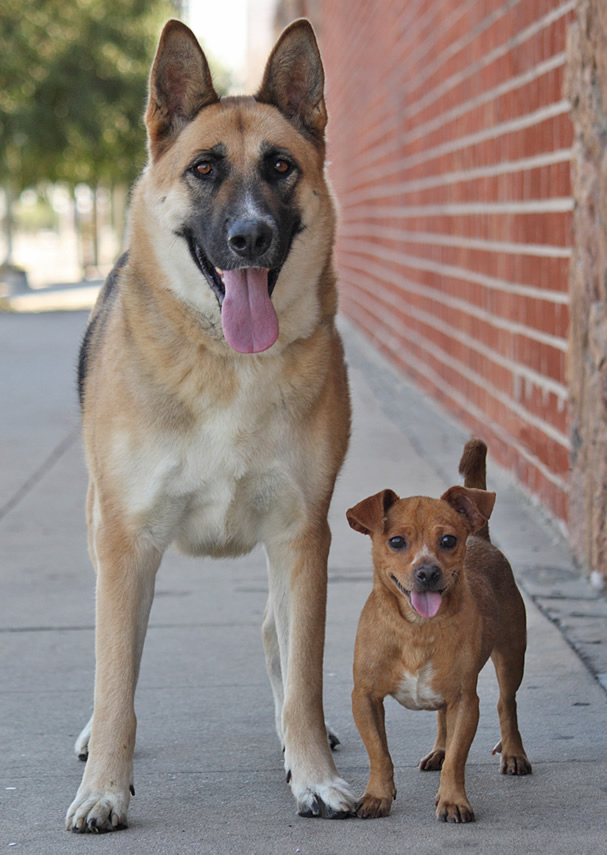 So, when you combine the above you will get something quite interesting. Firstly, and most notably, German Shepherd and Chihuahua mix will be quite a small dog, which is a good thing for people, living in city centers and such. It will be a somewhat average between German Shepherd size and the Chihuahua’s one.

Secondly, the dog will be very intelligent and wise, while also keeping Shepherd’s athletic qualities. Their hair will be quite short, most often colored with German Shepherd’s brown-and-black color. This means that you won’t need to care too much (if at all) for it’s hair – it will shed lightly on itself.

Also, the manly GS face will probably be transformed into a cute Chihuahua’s apple-shaped head with small eyes and large ears.

But be cautious! Breeding German Shepherds and Chihuahuas is not an easy thing, due to the enormous size difference. Thus, it is very unlikely to happen naturally, and can only be done artificially, or by breeding the two manually.

One important thing you lose when breeding Chihuahua and a German Shepherd is the size. Why is it important? Well, the larger your dog is, the more it is capable of defending yourself.

While shepherd-chihuahua will be your best friend and an intelligent companion, it probably won’t be able to throw off enemies. So, just keep that in mind.

But that doesn’t mean you shouldn’t train your new dog – it’s completely opposite – any German Shepherd breed is very easy to train.

We recommend you: to train “shehuahua” and use that natural “talent”. Nonetheless, the dog will be able to alert you of an incoming danger quite easily and accordingly.

In conclusion, if you are planning on getting yourself a unique Chihuahua and German Shepherd mix, you should remember the most important facts about it:

And finally, shehuahua doesn’t eat nearly as much, as a German Shepherd would.

Thank you for reading, and good luck.

Written by Noah Sanchez
Hi, there. I graduated Bergin College of Canine Studies I loved Animal Grooming there. So it's my passion and sometimes I write articles about dogs, and also love to train dogs. I have 2 amazing friends: German Shepherds
Beagle and German Shepherd mix: Common Information and Interesting Facts
Doberman Husky mix: Size, Weight and Common Traits

When To Spay A Shih Tzu