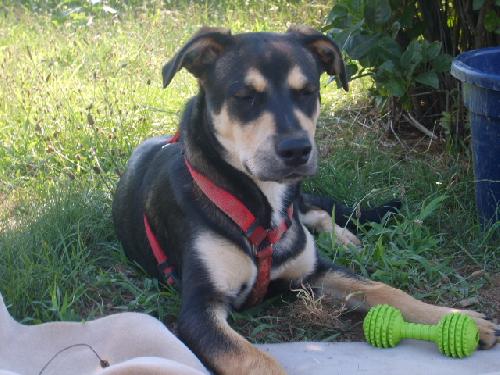 Why Should You Cross Your Dogs?

Animal crossing is one of the most important biological scientific discoveries for the past centuries. Crossing plays the main role in developing dogs and their breeds. When you mix one dog breed with another, you are actually performing an experiment to see what comes out of it.

And it has been proven, that the dog takes the best traits of it’s parents, but in a smaller value. For example, mixing German Shepherd with other dogs is pretty popular, because the said Shepherd is a very strong and intelligent dog, but some people don’t consider it the nicest. If you cross it with a beautiful dog though, it’s a completely different story. 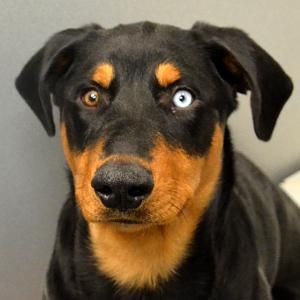 Be cautious! Sometimes the crossing results may be extremely unpredictable, hence you should probably ask a dog breeder for help.

Siberians Huskies are considered one of the most ancient dog breeds that exist to this day. Dog handlers registered them in the early twentieth century, but they existed much earlier, in the Eastern Russia, Siberia, to be precise.

Although Siberian Huskies were mostly used as sled dogs due to their high stamina, in the modern day Huskies are held as loyal companion dogs, and are sometimes even presented on dog shows.

Huskies have a distinctive white coating, and very often blue eyes. They are friendly and calm, but can be energetic when needed. It is hard to find an angry Husky, as these dogs never become aggressive to people, and should never be. Obviously, they are not used in army, hunting or police for the same reason. But because of their loyalty – it is a good variant for lonely people. 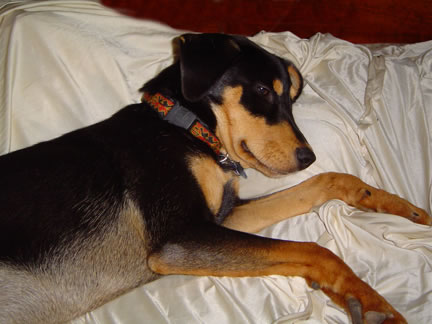 Dobermanns, as opposed to Huskies, are actually a relatively new dog breed, as they appeared by crossing in the end of 19th century. They are extremely strong and, unlike Siberian Huskies, are very good guards. Also, their superior smell and hearing make them good bloodhounds and K-9 units.

They can be aggressive to humans, but in the same time can be very good friends. For example, if you leave one Doberman with a child, everything will be fine. Those dogs don’t get irritated by anything that child does.

Additionally, from the first look, they have a close resemblance of a German Shepherd (Brown-and-black hair, black eyes, long hind legs). What makes them different is the tail – it’s cut off to a specific extent.

Considering everything above, you can definitely say, that a final Doberman-Husky mix will be a friendly and loyal dog, with strong muscular build, calm and a steady, enduring character. Probably, the mix will also be a good guard dog (thanks to Doberman Pinscher traits). Both parent’s intelligence also means, that the final result will be family friendly.

Doberhusky’s hair color will fall in the range between snow-white and ground-brown, while there’s a big possibility of a dog having blue eyes (that is, if your husky parent has blue eyes as well).

When you talk about the size and weight of the dog, you won’t see much difference from their parents. They will be relatively the same height, and have may be a bit heavier due to stronger muscular structure.

Warning! Although leaving Doberhusky alone with kids is okay, it is not recommended to leave one with small animals, such as small kittens and rodents.

Overall, the Siberian Husky-Doberman mix is quite popular with dog breeders because of the dog’s looks, intelligence and strength. You should definitely consider getting one, especially if you are planning on defending your house from intruders and want a family friendly dog at the same time. Otherwise, the Siberian Husky would be a better and more unique variant.

Finally, thank you for reading and good luck with the choice.

Written by Noah Sanchez
Hi, there. I graduated Bergin College of Canine Studies I loved Animal Grooming there. So it's my passion and sometimes I write articles about dogs, and also love to train dogs. I have 2 amazing friends: German Shepherds
Chihuahua German Shepherd mix: Size, Weight , Temperament and Tips for Training
Best Food for Husky Puppy: A Healthy Diet and Regularity

The History Of The Pitbull Terrier