Home » Great Pyrenees and Husky mix: The Common and Different Traits of Pyr/Husky

Great Pyrenees and Husky mix: The Common and Different Traits of Pyr/Husky 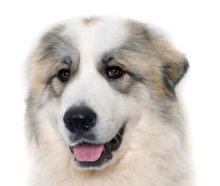 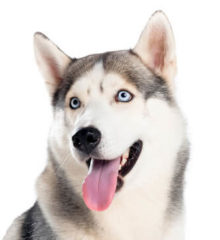 Basically, it can vary from one dog to another, and some of these traits can be pretty controversial, so you should consider what is more important to you and look for that certain set of traits in a certain dog.

The best would be to get this crossbreed from a qualified breeder with a good reputation.

The Common Traits of Pyr/Husky

Now, the common traits are the traits you get from any dog of this crossbreed, these are general traits possessed by the Great Pyrenees as well as the Siberian husky.

Both Pyrenees and huskies are working dogs. That means they are athletic power dogs who can not only perfectly fit in an active lifestyle, especially hiking, but can also do sport/working sledging, rescuing, and therapy.

Both are very intelligent dogs. They are good at figuring out things on their own, however, this means they can be too independent and rebellious. They are very hard at training, but the results may be impressive if trained properly.

Not recommended: pyrenees and husky are not suitable for inexperienced dog owners, because of their stubbornness, independent thinking and cunningness which makes them uncontrollable and mischievous without proper education and training.

The owner should establish strict borders and regulations for them from a very young age. This also counts for physical borders: both breeds are very curious dogs, which means they will roam not only around your backyard but also go to your neighbor’s territory or even go traveling and discovering even dangerous places.

Attention! A lot of these dogs were lost or killed because of their curiosity and independent thinking, and huskies are even considered masters of escaping so tricky they can even slip collars  and break tie-out chains.

That’s why it is necessary to have a high fence buried several inches below the ground and not let this mixed breed of dog walks off the leash.

Both dogs are very friendly, sociable, and affectionate, which makes the mix breed a perfect choice for a family dog. Though it’s not recommended to leave your children alone with the dog for a long time. The breed mix is also good with other dogs and requires a lot of early socialization and exposure to kids, dogs, and new environments. In order to maintain your dog happy and sane be sure to stimulate it properly with toys and exercises as well.

Both dogs are large enough to be prone to hip dysplasia, and some mix breeds may be especially vulnerable to it.

Important! You should feed the mix with high quality nutrition designed for large dogs, dont let him overeat, exercise him regulary, otherwise the lifespan of your dog will be slightly shorter than average (10-15 years).

These traits are somewhat special to one of these breeds. That means, your puppy can have either “husky breed traits” or “Pyrenees breed traits”, or even both, so you never know beforehand.

Recommendation: to buy this mix breed from the good breeders only.

The Pyrenees make good guards because of their watchfulness, and high perception – you’ll always know of someone approaching your home if you have this dog or your mix have these traits from the Pyrenees breed.

Pyrenees breed dogs were actually used for watching live stock. However, such a dog requires serious training and proper stimulation, because otherwise it may become aggressive and drive away your friends and the local postman for sure.

Huskies on the other hand are extremely friendly to anyone, so they are most likely to aid the burglar, rather than drive him away. Also, since the Siberian Husky is one of the most popular breeds, a lot of unqualified breeders do not breed them properly, which results in a bad temper and increased liability to diseases.

Huskies are also very destructive if left unattended, though it’s not true for Pyr.

The Pyrenees can also be okay when living in an apartment (moving to the country or at least outdoors is very desirable though), however, this trick is not likely to work with Husky, as they require a huge space.

So for the mix, you most likely should  consider  having a yard (with a serious fence, remember?)

10 Photos of the Great Pyrenees and Husky mix: The Common and Different Traits of Pyr/Husky

Written by Silvia Brown
Glad to see you my friends! I started this blog several years ago and continue to write articles about dogs. I'm dog lover and my purpose make their lives happier. One day I'll open animal shelter - it's my inspiring dream ✨
Chow Chow and Husky mix: Appearance, Lifespan and Character
German Shepherd and Golden Retriever mix: The Advantages of Half-Bred Dogs and Common Features of Two Breeds

Comment Box of Great Pyrenees and Husky mix: The Common and Different Traits of Pyr/Husky

Very interesting read.
we have adopted a Husky/great pyrenes, and maybe some shepherd
She was 2 when adopted, very little training, if any. she looks like pyrense in face and shows alot of Huskey, even in her traits, but is very protective, and a nose to the ground, picks up trails of deer, and other animals.
She has been a very nervous dog around children, and perfers to be left alone, think that where she was, owned by a Bachelor. Was with other dogs, so reackon she will socialize well there. We live on a farm, she has lotsa room to run. Well do you have training advise for me. She is smart but takes a bit of repetition to get it. Does well with hand commands
Sincerrrrely Val Larsen

How much does a Great Pyrenees husky mix generally cost?

How Long Is A Dachshund Pregnant

How To Prevent Hip Dysplasia In German Shepherds

What Is An Imperial Shih Tzu
Copyright © All about dog breeds
wpDiscuz
0
0
Would love your thoughts, please comment.x
()
x
| Reply
x